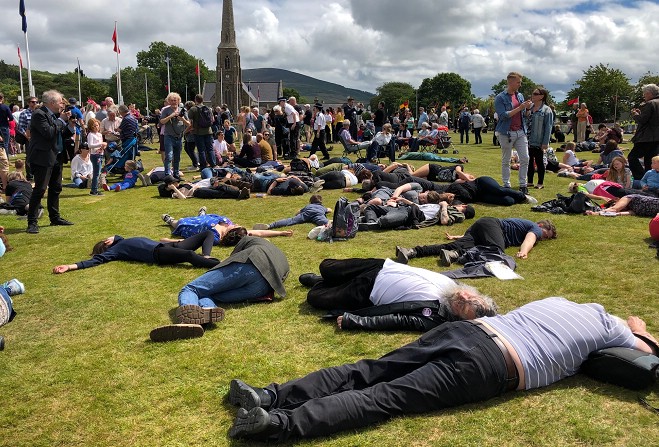 DEFA minister says it will give protesters 'what they want'

An independent chair to lead Tynwald's climate emergency transformation team has been identified, according to the environment minister, and will be unveiled next week.

In the build up to the Tynwald Day ceremony, Geoffrey Boot told Manx Radio the appointment of the 'professional help' he and his fellow politicians needed is imminent.

Despite not naming him, Mr Boot revealed the candidate is from off-Island and comes with the experience to take the project forward.

However, he admits he has a 'tough job' ahead of him.

After a motion in the June sitting of Tynwald was unanimously approved, recommendations made by the transformation team will be put before the court by January 2020.

Following formal proceedings on the Manx national day, a flash mob saw climate protesters fall to the ground during the festivities at St Johns.

Listen below to the environment minister's update: