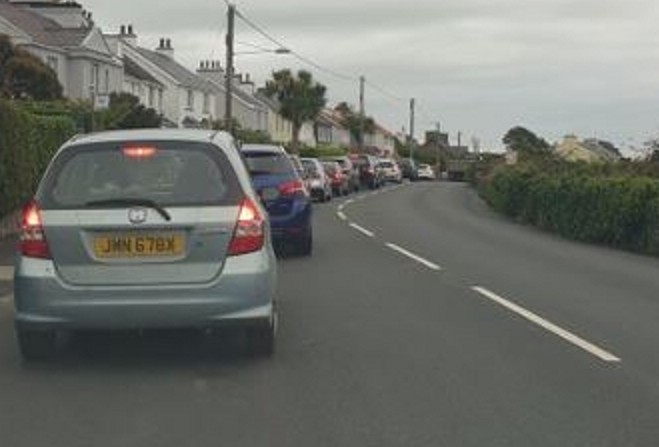 Parking suspended in parts of Ballabeg

The Department of Infrastructure has issued an update on the traffic congestion in the south of the Island on its Facebook page.

It says the situation outside Arbory Primary School has been monitored, and the DoI is continuing discussions with the head of the school and the police.

The school has been the major point of congestion during the mornings, with tailbacks going right through to Colby, due to cars being parked for drop-offs and vehicles emerging from the school car park.

More vehicles are on the route than usual, because of a one-way system currently in place in the Fishers Hill area, preventing use of it from the south.

According to the DoI, school traffic has eased as more parents are walking their children along the pavement rather than taking their cars, and this has helped a great deal.

The department says parking is now suspended on both sides of Main Road in Ballabeg, between its junctions with Friary Park and Three Roads at Duck Street.

It adds that residents who are affected by this have received letters, and the area has been coned off.

The one-way system remains in place, but the speed limit on Shore Road has been dropped from 40mph to 10mph on safety grounds.

The DoI says this is to protect workers, and because planing has exposed some ironwork which is hazardous for motorists.

It concludes by saying the idea of reversing the one-way system has been discounted, as the emergency services feel this is the easiest and quickest route for them to get to the south.