Ben-my-Chree to head back to Island tomorrow 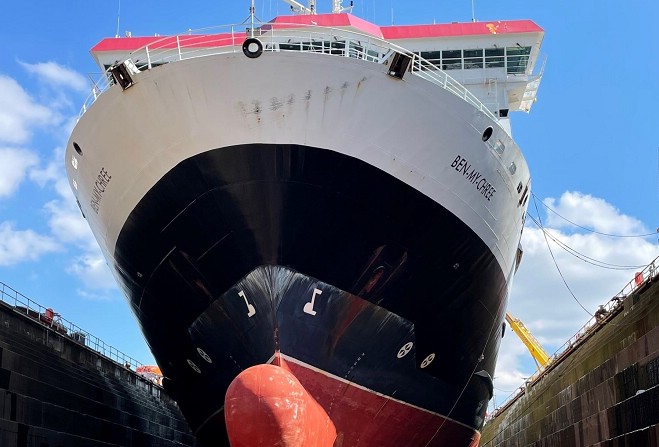 The Ben-my-Chree will head back to the Island tomorrow, more than seven weeks after heading into dry dock for a refit.

The Steam Packet Company's freight and passenger vessel has been out of service since 13 April, and was initially expected to be back in action early last month.

However, the return was delayed after a detailed inspection identified issues with the stern tube bearings, requiring work by a specialist third-party company.

The operator had hoped the work would be completed in time for the Ben to return to service at the end of May.

A spokesperson for the company has confirmed the ferry was due to leave the shipyard today, but that has been delayed after the tug that was due to bring the vessel out of the dock broke.

It could be the final time the Ben goes out of service for a refit, with the new Manxman vessel due to enter service in 2023.

The Manannan has been operating passenger services in the meantime, while the Arrow has been providing freight cover.