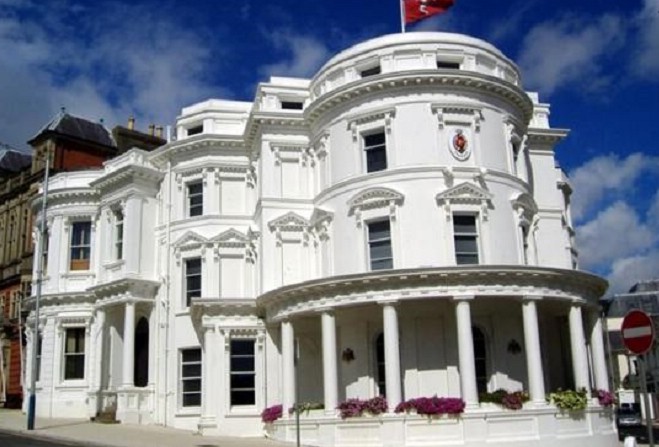 Producing a popular budget headline with a bold fiscal step is a smart move if you can pull it off.

Treasury Minister Alfred Cannan has calculated the substantial rise announced in the personal tax allowance to £12,500 - the largest ever single increase - will play-out well politically, assuaging that hard-pressed group at the forefront of politicians’ concerns: hard-working families.

Mr Cannan says his decision to increase the allowance by £2,000 ‘recognises the contribution’ of those who’ve tightened their belts over recent years.

The move is expected to make 44,000 individuals better off, and lift 3,300 out of the tax net altogether. Together with a 2% rise in child benefit, the first increase in seven years, the measures  offer a tonic for the ‘squeezed middle’ whose incomes have been eroded by additional charges and reduced services.

The minister has styled his Budget one of ‘optimism and confidence’, whose objectives line-up with the Programme for Government’s key strategies – to create a society which is both enterprising and caring, overseen by a financially responsible government.

A fierce critic of the previous administration, Mr Cannan now has his hands on the purse strings, and was always set to make waves with his first budget.

It is in upbeat contrast to his predecessor Eddie Teare’s more cautious ‘budget of realism’ this time last year - despite the continued presence of huge and alarming challenges ranging from an ageing population to the pension liability.

Optimistic savings targets, a decision to tap the ultra-wealthy and a dose of good fortune will pay for Mr Cannan’s largesse in the long-term.

Treasury is set to benefit from a mini windfall in the current financial year, with tax-take in 2016-17 now expected to exceed budget by 3%.

Customs and Excise revenue and income tax receipts have been higher than anticipated, while overall government spending has been lower than forecast.

Together, these factors have left the Revenue account better off to the tune of £11 million.

Next year’s Budget predicts gross income of £964 million, an increase of almost 5% compared with the equivalent figure for 2016-17.

Revenue from Customs and Excise will provide more than a third (35%) of that sum.

Gross spending at £1,030m, represents a rise of £17m (1.65%) on the current year, providing for an average spend across all services of approximately £2.8m per day.

Staff employment costs at £357m take a 30% slice of the spending cake, while welfare spending at £289m accounts for a similar wedge.

That spending pot, bolstered by an £80m transfer from reserves, is set to produce a surplus of £2.86m.

The budget sets out an austere 12 months for government departments, whose budgets remain largely static. Tough spending decisions lie ahead, as inflation and increased costs are absorbed.

The exception is the Department of Health and Social Care, which gains an extra £12.3m next year, taking its spend to £254.6m.

However, the department must find added value and savings totalling £10m to meet its spending requirement.

Mr Cannan’s Budget allows for a rise in the basic state pension of 2.5%, and offers help to those funding nursing care places, who gain an additional £25 contribution per week.  A tweak to taxation rules will see the deduction allowed against tax for nursing expenses rise more than £3000 to £12,500.

In a balancing act which always involves give and take, there’s to be a cut in mortgage and loan tax relief from £7,500 to £5000, curtailing an 'over generous' concession when interest rates are low.

Pedal power might help you absorb the hit – a new benefit in kind will incentivise those willing to cycle to work.

Mr Cannan has re styled the Medium Term Financial Strategy at the heart of last year’s Budget as a Five Year Financial Plan. Its objective is the same: to ensure sustainable government finances which return a surplus and reduce reliance on reserve funds by 2020-21.

Rising forecasts for income tax receipts of 3% year on year, are based on what Mr Cannan describes as ‘prudent’ expectations of growth in the economy, against a backdrop of 5% growth per annum in GDP.

If the plan works, expenditure increases will be limited to an average 2.28% per annum. A strict regime of cost control will be enforced, with the employee salary bill to rise by no more than 1%, and non-pay costs to be held within inflation.

After years of anguish over the loss of tens of millions in VAT income, the new revenue sharing agreement negotiated with the UK (FERSA) now offers ‘stability’ and ‘strength’ on which to build, the Plan showing steadily rising sums due to reach the Island’s coffers over the next five years.

Customs and excise receipts will contribute an additional £19m next year alone.

The Five Year Plan includes a commitment to priority-based spending on public services, including additional funding for health care and welfare payments.

The £50m Enterprise Development Fund launched last year is topped up by £2m and there is a £4m grant fund for businesses.

The 0/10% company tax regime is unchanged.

The Budget makes noticeably less reference than in the recent past to economic growth as the driver for rebalancing, putting a greater emphasis on savings.

The drive to find efficiencies is given fresh impetus as a new politically-led team is tasked with identifying £25 million of savings in government activity each year, for the next five. These unspecified reductions are in addition to allocated savings of more than £30m.

The measures aim is to reduce the government’s ‘structural’ deficit from £79m at present to £23m over the lifetime of the Plan, and begin to replenish reserves.

Prior to the general election, as a backbencher, Mr Cannan expressed dismay at government’s use of reserves. Now at the helm in Treasury, he is at pains to point out that of the £80m taken from reserves for the coming year, £50m is investment income.

By that point, the Public Sector Employees Pension Reserve (PSEPR) will be depleted, with ongoing liabilities to retired staff to be met from general revenue.

That sum in the first year will be £58 million. We will have to wait for the next five year plan to see how the gap will be bridged.

Mr Cannan is to wind-back the Tax Cap scheme designed to attract ‘high net worth’ individuals to the Island, with a phased increase in the maximum sum new entrants will pay.

It is a move his predecessor resisted for several years but one Mr Cannan described as ‘both morally and financially justifiable.’

A sum of £88m has been allocated to capital projects in the coming year. A total of £388m over five years will be invested in Island infrastructure, the lion’s share earmarked for engineering and construction projects.

The capital programme is funded by loan charge income from departments and the sale of government assets. Those loan charges are due to increase from 1.5% to 2% in 2018-19 – a rise which must be found from within existing budgets.

Scores of projects are due to be funded in 2017-18, from maintaining public assets such as bridges and railways, to buying new IT systems. The replacement of Castletown fire station and an acute adult psychiatric in-patient unit are among bigger ticket items.

Mr Cannan has struck an optimistic note with his first Manx Budget.

Aiming to instil ‘a sense of purpose and confidence’ in the Island’s future, he has placed trust in economic growth to deliver the higher tax receipts his plan requires.

However, a hoped-for increase in the working population to make that happen has so far proved a mirage.

He will have to rely meantime on a potentially harsh regime of cost control and a swathe of new savings to balance the books, while trusting the success stories of Manx business – the banking, financial services and e gaming sectors – to maintain their vital contribution in the Manx economy.