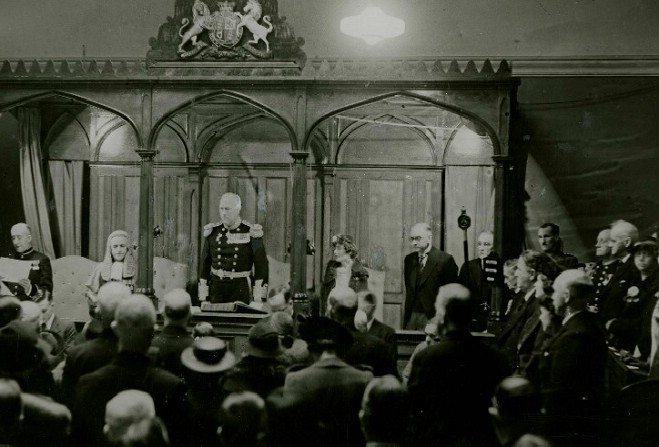 A project to refurbish and upgrade the courtroom within Castle Rushen, which was delayed by the Covid pandemic, is nearing completion.

The courtroom was used by the Isle of Man Courts of Justice until 2013 when it was deemed unsuitable by modern court standards.

The facility had undergone extensive modernisation in the 1970s and was unrecognisable as an intrinsic part of its ancient surroundings.

The project to restore it as a public space within the ancient castle has involved the removal of a suspended ceiling to more closely recreate the height of the old courtroom.

It occupies the upper floor of Castle Rushen's outer gatehouse which was built during the latter part of the 14th century.

The gatehouse has been associated with law and order from an early date.

In 1417 the early Manx statutes record that the heads of traitors were to be displayed on its battlements and Tynwald Court was held there.

The plan is to complete the current works in time for the investiture of the new Lieutenant Governor.

Visitors won't be greeted by the heads of traitors but can expect a facility for more gentle pursuits such as weddings and private parties.