Chief Minister offers 'thanks and recognition' to former Treasury Minister 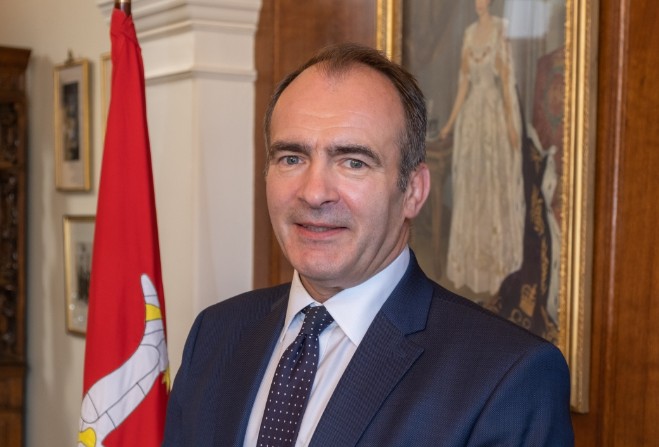 The Chief Minister says the former Treasury Minister has his 'thanks, acknowledgment and recognition' after resigning from the Council of Ministers.

David Ashford stepped down from the role earlier today having initially offered his resignation on Monday.

Alfred Cannan has confirmed Ramsey MHK Dr Alex Allinson will take over at Treasury having spent the last eight months as Enterprise Minister.

Mr Ashford's decision comes following the publication of the findings of an employment tribunal, which ruled the former medical director was unfairly dismissed for whistleblowing during his time as Health Minister.

He initially indicated he wouldn't be stepping down following the publication of the judgment, despite calls for him to resign from some backbenchers.

In a letter to the Chief Minister, the Douglas North MHK says speculation about his position would be a 'constant distraction' from the reviews Mr Cannan announced in Tynwald earlier this week.

My letter this morning to the Chief Minister confirming my resignation from government. The Speaker has kindly agreed to...

Posted by David Ashford MHK for Douglas North on Friday, May 20, 2022

He also said his family and partner have been the subject of 'toxic' and 'vitriolic' posts on social media this week, and that he is not willing to put them through it any further.

Mr Cannan temporarily takes charge at the Department of Enterprise until a permanent successor is appointed in due course.