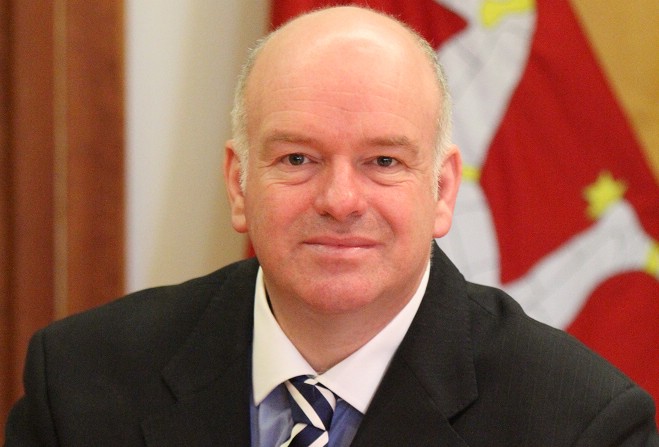 Howard Quayle to step down after general election

The chief minister will not be standing in this year's general election.

Howard Quayle has announced his intention to step away from politics after ten years as MHK for Middle and five as the Island's chief minister.

In a statement, Mr Quayle said: “In 2011 I decided to stand for the House of Keys out of concern for our Island’s future following the significant change to the revenue sharing agreement with the United Kingdom as well as the after effects of the global financial crisis."

"I set out with a clear focus to secure a prosperous future for our Island, one that we could hand over to the next generation."

“My time as Chief Minister has seen arguably two of the greatest challenges to face the Isle of Man since the Second World War: Brexit and COVID-19."

"I am proud of what this administration and our Island have achieved together, particularly in responding to the pandemic.  It has been a real team effort.”

He adds he's 'proud of what this administration and the Island has achieved together, particularly in responding to the pandemic.'

He also says it's his intention to continue to serve as chief minister until the House of Keys elects a successor in October.

Howard Quayle has been speaking in an exclusive TV interview with ITV Granada's Joshua Stokes, about life after September:

Policy and Reform Minister Ray Harmer has given his reaction to this morning's announcement, saying it came as 'no surprise':

This year's Isle of Man General Election is due to take place on Thursday, 23 September.

You can find all the details of who's standing, and where, here.