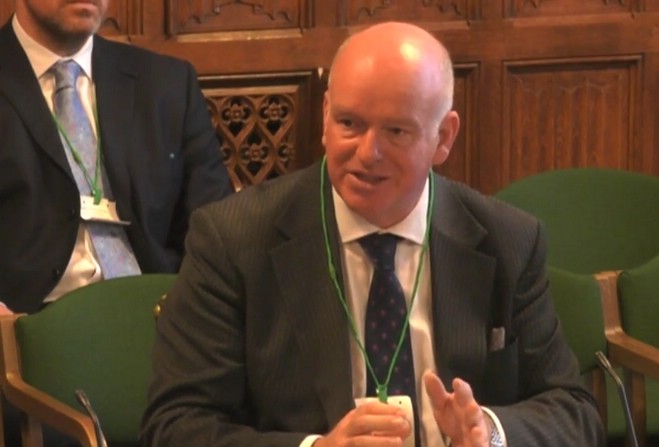 Howard Quayle appearing before a House of Commons committee in September

Quayle made three visits in September

More than £4,500 was spent on the chief minister's three trips to the UK last month.

Howard Quayle attended a series of engagements in September.

He went to a dining club event, for high net worth individuals, at the start of the month arranged by the Department for Enterprise costing a total of £285.40

Later that week he travelled to London for a House of Commons Justice Select Committee appearance, accompanied by two officers from the Cabinet Office, where he gave evidence alongside the chief ministers from Jersey and Guernsey.

Later in the month Mr Quayle attended a series of meetings with politicians, and the media, ahead of the end of his tenure as chief minister.

The trip included an appointment with Speaker of the House of Commons, Sir Lindsay Hoyle, a meeting with the DUP MPs and Peers and an interview at The Times.

However a meeting with then Chancellor of the Duchy of Lancaster Michael Gove was cancelled the day it was due to take place.

The three-day visit between 14 and 16 September, which saw Mr Quayle accompanied again by two officers from the Cabinet Office, cost £3,279.03, including more than £1,500 of non-specified other expenses.

The total spend on travel, accommodation and other expenses for the three trips was £4,573.59.