Christmas comes to the capital 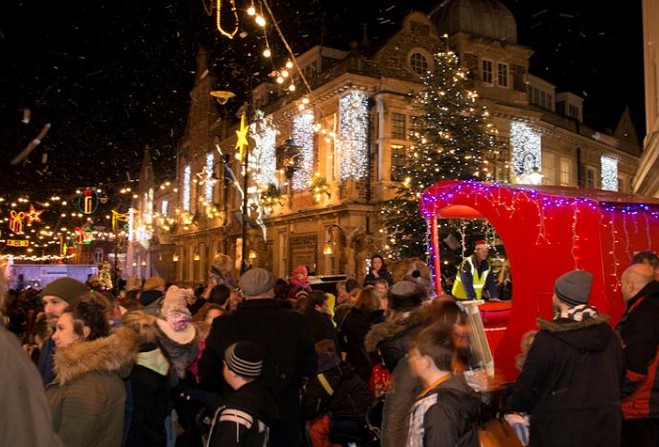 The big switch-on in Douglas tonight

Christmas officially comes to the capital this evening (Thursday).

The town’s festive lights will be switched-on at 7pm and there’s plenty of entertainment going on either side of that.

Douglas Corporation is promising a cracker of a Christmas in the capital.

Compèred by Jo Pack of Manx Radio, the fun on Lower Ridgeway Street outside the town hall begins at quarter past six.

There’ll be seasonal music from Douglas Town Band, a sneak preview of this year’s Gaiety pantomime ‘The Wizard of Oz’, local singers and appearances by some of the most recognisable Christmas and ‘winter wonderland’ characters.

Mayor John Skinner will officially carry out the big switch-on at seven o’clock, ‘snow’ will fall, Santa will be in his grotto and Thursday late-night shopping begins.

There’ll also be a willow lantern parade from Upper Nelson Street at 7.15pm, weaving its way through the town to the Villa Marina Arcade, where there will be refreshments and carols led by the Isle of Man Wind Orchestra.

And if that’s not enough, there’s free parking in the Shaw’s Brow and Bottleneck car parks from 5 to 10pm.