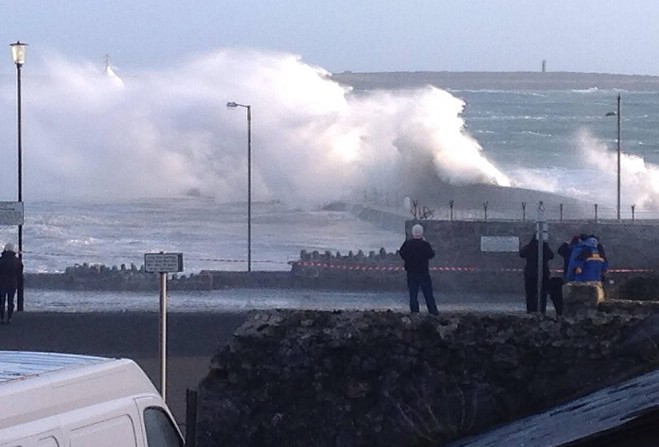 It's more Barbara than Santa

Storm Barbara has been causing some problems as it's swept across the Island.

Sailings were cancelled on Friday morning, although it's hoped this evening's Heysham service can go ahead at 7.45pm as winds abate a little.

There have been problems with air services as well, with flights to Liverpool, Manchester and Dublin cancelled this morning.

This afternoon's arrivals and departures are delayed, though it's hoped flights will be able to continue.

Isle of Man Airport is advising those travelling to check with their airlines or the airport website for the latest information.

Department of Infrastructure staff have been dealing with some fallen trees around the Island.

The DoI says the tree down on the Poortown Road, which was blocking the route, has been cleared.

In addition, two trees on the Mount Rule Back Road, which were hanging into the carriageway, have been taken down and the area is now clear.

As usual, those on the roads are being asked to take extreme care in the conditions.

Manx Utilities says power has been restored to all the properties around the Island which have had problems.

MU engineers have also been investigating reports festoon lights being down on Port Erin promenade.

Meanwhile in the south, police have been advising members of the public to stay away from Castletown Promenade after parts of a roof were blown off a property there.

The Met Office says the worst of the weather should now have passed, with winds expected to abate a little during the afternoon.