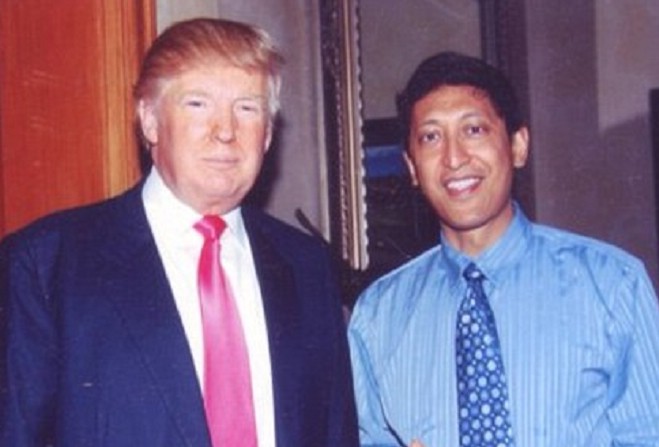 US entertainer panned over outlandish claims

A bizarre spat between two US entertainers has captured the attention of Twitter users - because of a misinformed reference to laws in the Isle of Man.

American news website The Daily Beast this week published an exposé on well-known comedian and political pundit Dan Nainan, who is alleged to have fabricated several parts of his life story, most notably his real age, to boost his profile.

Nainan, supposedly a millionaire, claims to have performed for Donald Trump and Hillary Clinton among others.

The article also refers to a lengthy feud between he and Maryland radio personality Joe Robinson, culminating in emails where Nainan challenged Robinson to 'a fight to the death' here in the Island.

Since its publication on Thursday, the article has risen to become The Daily Beast's most-read article, and its concern with the finer points of Island custom has amused social networkers en masse.

Is Fighting To Death On The Isle of Man The New Kale? https://t.co/7UTj1RsxuK

This is the craziest thing I've ever read. All my enemies will be threatened with a fight to the death on the Isle of Man from now on. https://t.co/8nU0HDXaX3

It's hard to pick a favorite / best / weirdest part of the Dan Nainan story, but the Isle of Man bit is the best. https://t.co/YAbrvX7VXJ

That Dan Nainan story is good. I will only be threatening people to engage in mortal combat on the Isle of Man from now on, also.

Manx Radio has reached out to Joe Robinson for comment.