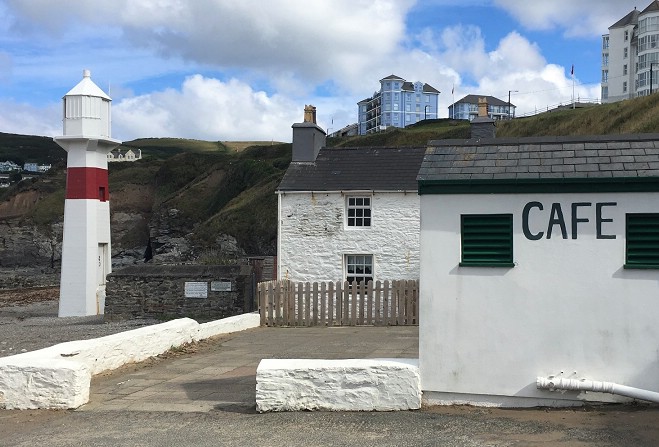 A heritage organisation for the south of the Island will formally object to plans for the Cosy Nook cafe in Port Erin, after 'decisive results' from its online survey.

Rushen Heritage Trust held a poll last month seeking the views of the public on the commissioner's proposals to redevelop the vacant site.

Sixty-three per cent of the close to 900 respondents said they were against the new building, while 33% were in favour.

Chair of the trust Hugh Davidson, says concerns about the site ranged from its size to issues with parking.

There was also fears the development would result in a 'loss of Manx character.'

'We are recommending  the new-look Cosy Nook should be a building with a tradition Manx cottage style frontage, which fits the heritage setting of St Catherine's Terrace and links with the cosy, charming, informal characteristics of the Cosy Nook.'

Mr Davidson is also calling for Port Erin commissioners to host a public meeting to allow people to express their views 'face-to-face'.

Plans for the Cosy Nook were unveiled in March, with commissioners agreeing the cafe had to be demolished and redeveloped.

Refurbishing the existing building was considered too costly.

A spokesperson said 'the Board would encourage all individuals and groups to take a detailed look at the planning application along with the supporting information explaining the proposals, and welcomes those to share their support or objections with the Planning Division.”

The deadline for submissions to the planning committee for the Cosy Nook application is July 17, which can be sent via email to planning@gov.im.