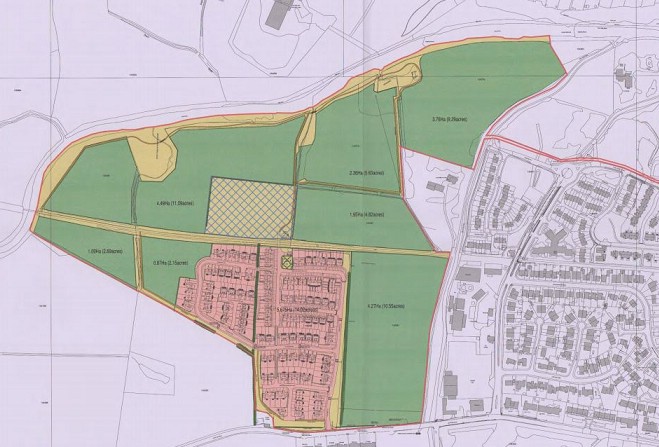 Plans to build 181 homes in the north

Ramsey Commissioners are opposing plans for more than 180 homes in the north of the Island due to 'failed promises' made by the developer.

Dandara has submitted proposals to build the properties on land at Milntown but are being faced with questions over prior pledges it hasn't kept.

The commissioners say the company hasn't "stuck to previous obligations" regarding access routes and other amenities.

They have voted to object to the plans, which recently went on display to the public.

181 residential dwellings could be built off Lezayre Road in Lezayre and Ramsey if the proposals get the green light from government.

According to the application, 45 of those would be affordable homes with the scheme also including recreational areas with associated drainage and highway works.

Property developer Dandara has been involved in several high-profile projects across the Isle of Man, including Reayrt Mie in Ballasalla and Cooil Dharrey in Kirk Michael.

However, several members of Ramsey Commissioners have raised concerns over the impact these latest plans would have on the volume of traffic in the area, as well as the potential crowding of the northern hospital and schools.

The board considered asking Dandara to add the building of an access road, but cited previous developments where 'promised amenities' and 'access into Ramsey' still hadn't been fulfilled.