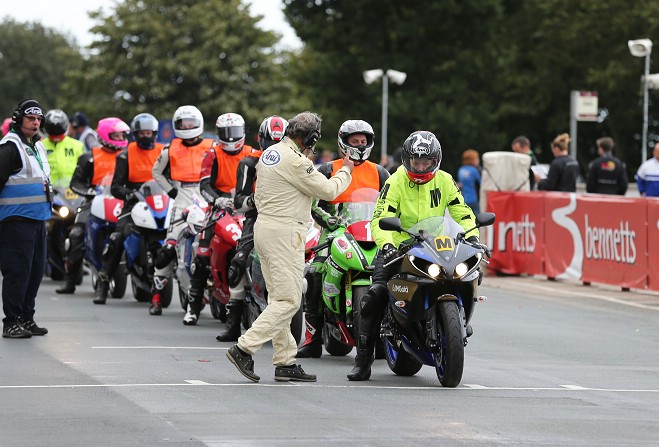 The Department for Enterprise has released a statement, clarifying its position regarding the Manx Grand Prix.

"Following two interviews posted (on Saturday) morning, one with Harvey Garton and one with Minister Skelly, the Department wishes to clarify that Minister Skelly was not responding to the points made by the Manx Motor Cycle Club’s president - Mr Garton as originally stated by Manx Radio* in their opening line, and was not made aware of Mr Garton’s comments at any point during the interview."

"Minister Skelly was instead responding to general questions about whether he felt the department provided enough support to the event.

"Minister Skelly did confirm that he had spoken to Mr Garton the day before at the races and thanked him and the whole club for their event, but he was not directly aware of any specific concerns at that point nor during the interview.

"The Department provides a significant amount of assistance including financial and logistical support to the event, and meets regularly with the club to discuss the event and options for collaboration and improvement.

"A follow on meeting will take place, as normal, in which both sides can review their events and discuss ideas and concerns.

"The Manx Grand Prix is an important event in the Island’s motorsport calendar and a key part of the Festival for Motorcycling and the Department works closely with the Manx Motor Cycle Club and remains committed to supporting its ongoing success."

Upon further investigation Manx Radio wish to clarify that the article did originally lead incorrectly as outlined by the Department, and had subsequently been amended by Manx Radio.

The amended article here now contains a clarification to this effect and Manx Radio is happy to put the record straight and apologise for this earlier misleading and incorrect footnote.”