Deputy airport director to 'step down' from position 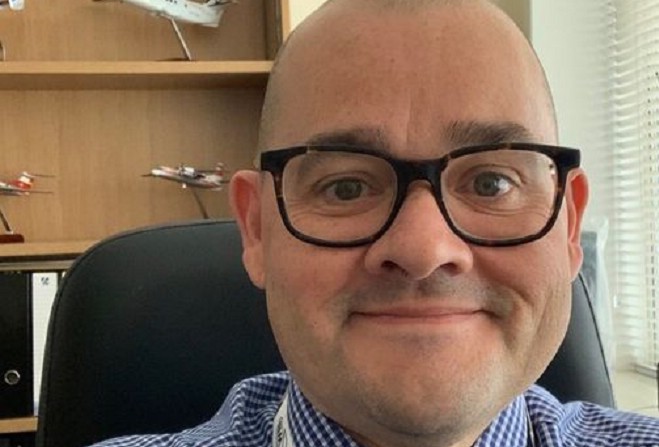 Government has confirmed the Isle of Man’s deputy airport director has chosen to 'step down'.

Jeremy Spake – who appeared on the BBC television programme 'Airport' - took up the post at Ronaldsway in 2018.

Airport took viewers behind the scenes at Heathrow Airport - following passengers and staff – at the time Mr Spake worked as the ground services manager for Russian airline Aeroflot.

Following his appointment in the Isle of Man the then airport director, Ann Reynolds, said: "He's not here as a celebrity."

A leaked email shared on social media – allegedly sent by Mr Spake – appears to explain his resignation to staff working at Ronaldsway Airport.

In a statement the Department of Infrastructure said:

"Isle of Man Airport can confirm that the deputy airport director Jeremy Spake, has chosen to step down from his position.

"We'd like to take the opportunity to thank Jeremy for his hard work and diligence and wish him well for the future.

"A recruitment process will take place in due course."

It looks as though Mr Spake is making a return to television.

In a post on Twitter he said he was returning to BBC One as part of a new series called Inside The Airport which will be filmed, once again, at Heathrow Airport.

So it’s official ⁦@JeremySpake⁩ is returning to ⁦@BBCOne⁩ with his new series #InsideAirport ⁦@HeathrowAirport⁩ The new show will air later this year we will keep you updated in the meantime #LetsGetFlyingAgain pic.twitter.com/QfpxEC534D