Doctor tells tribunal she was unfairly dismissed after whistleblowing 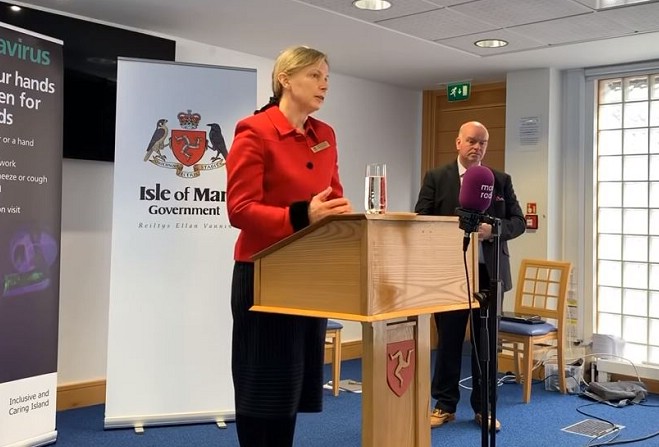 DHSC insists her role was always meant to be temporary

A senior clinician accusing the Department of Health and Social Care of unfair dismissal has alleged her transfer to Manx Care was blocked because she's a whistleblower.

Dr Rosalind Ranson's three-week employment and equality tribunal against the DHSC, got underway this morning.

Dr Ranson's legal team allege she was dismissed from her role as medical director in February last year after her responsibilities were moved to Manx Care.

It's claimed she suffered a number of detriments because she's a whistleblower, having questioned the department's approach to the coronavirus pandemic.

When giving evidence this morning, Dr Ranson told the panel additional work demands were put on her as a result of being a whistleblower.

She also claimed then-DHSC CEO Kathryn Magson blocked her from emailing politicians, telling the panel 'she was controlling everything in terms of communication'.

The department insists Dr Ranson hasn't been dismissed, and that it was always intended her role would be temporary - something that's disputed by her legal team.

The DHSC's legal team also claimed that if the tribunal finds she was dismissed, it would be due to her performance and capability, rather than because she's a whistleblower.

The tribunal heard Dr Ranson was in line to join the new healthcare board as its medical director, but Ms Magson emailed Manx Care's chief executive and chairman to tell them Dr Ranson wasn't up to the job.

The proceedings are scheduled to continue until 11 February.