On Air Early Breakfast Paul Moran | 5:00am - 7:30am
Steps - Heartbreak In This City Download 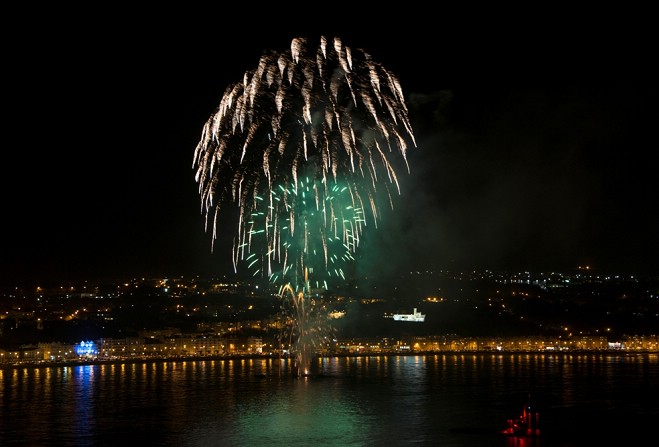 Council faced 'no option' but to pull 5 November display

This year's Douglas fireworks display has been cancelled due to ongoing delays to the promenade refurbishment scheme.

Douglas council says work in the vicinity of the war memorial means the area will not be in a safe condition by 5 November to accommodate the crowds of spectators expected.

Traditionally one of the Island's largest community events, Council leader Claire Wells says: 'the council has done everything it can to avoid cancelling the event, however it has not been possible to arrive at a solution whereby the fireworks display can safely go ahead.

'Despite the best efforts on the part of the council we are faced with no option but to make this very difficult decision, which we recognise will come as a big disappointment to so many people, including our long-term sponsor of the event, Celton Manx.'

Bill Mummery, chief executive of Celton Manx, said: 'As sponsors of the Douglas fireworks for over a decade we are well aware of the logistical requirements and safety measures that have to be in place to ensure public safety in delivering an event of this scale.'

A statement has been released by government in response to the cancellation. It reads:

"The Douglas Promenade Refurbishment Scheme team is surprised and disappointed that Douglas Borough Council has chosen to cancel this year’s fireworks display.

Although the Council’s preferred slipway to access the shore at Broadway is currently unavailable due to ongoing improvement works, an alternative location was identified a little further north, opposite the Palace Hotel, which was recently used for beach racing without any issues.

Pedestrians would have had ample space from which to watch the display, with only a short section between the War Memorial and Broadway being unavailable.

The team has worked hard to assist in the smooth running of a range of events on Douglas’s promenades in recent months, including accommodating thousands of spectators watching the Red Arrows display, the hugely popular Food and Drink Festival at the Villa Marina, and vehicles and visitors at the Festival of Motoring.

While the cancellation of the fireworks is disappointing, the team looks forward to continue planning events alongside Douglas Borough Council, and will now focus on preparing the area of the War Memorial on Harris Promenade ahead of the Armistice Day commemorations."