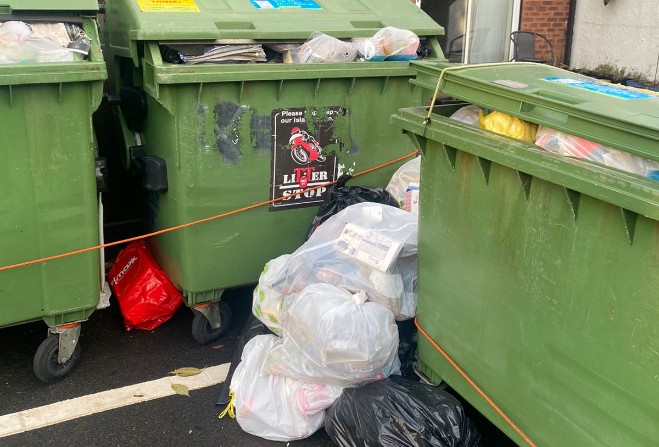 MHKs and apartment director hit out at fortnightly collections

That's from Douglas North MHK David Ashford, who's written to the leader of Douglas Council, urging her to reconsider the policy.

Mr Ashford says some constituents have reported seeing vermin since bins started to be collected fortnightly instead of weekly, while some have voiced their frustrations at workers collecting the bins.

While refuse collection is an issue for local authorities, Mr Ashford believes it's his duty as an MHK to speak out:

Meanwhile, a second Douglas MHK is urging the capital's local authority to rethink its change to fortnightly bin collections.

The plans were confirmed by Douglas Council during its annual budget earlier this year, and put in place in September.

Mrs Corlett says more could have been done to keep the public informed:

One group representing residents in flats says cutting bin collections from weekly to fortnightly is a 'major public health concern'.

The directors of Douglas Head Apartments Limited contacted Douglas Council to flag issues with its bin capacity after the changes came into force.

Mark Tweedle says UK building regulations mean a two-bedroom apartment should have 250 litres of waste collection each week, but his residents are only getting 140 litres per fortnight.

He says some types of rubbish need to be collected more frequently:

In the letter, she says: "You state the policy is not working and I would challenge this assertion. We spend a disproportionate amount of time dealing with those residents who are opposed to the change in service on philosophical grounds, rather than genuine concerns brought about by an inability to manage their waste – we are and will continue to assist the latter residents.

"However, we really should be celebrating the many residents who have adapted to the new service and for whom it is very much working. By and large, these residents are actually put off commenting on the continuous ‘shouting’ of the few unhappy residents on Facebook, as they are then abused by those unwilling to change."

You can read the full text of that letter HERE.