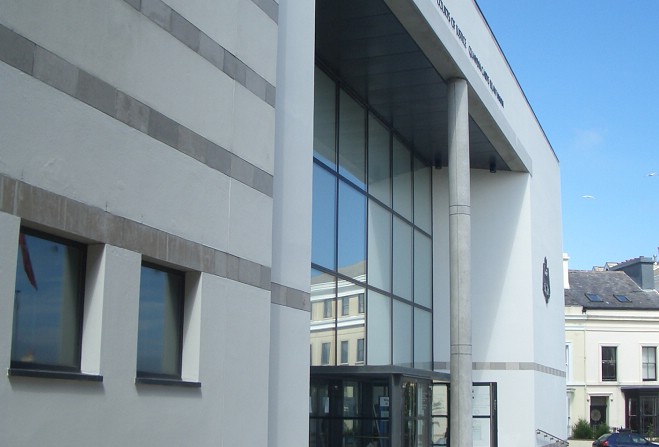 A seized engine caused a fatal crash at this year's Pre-TT Classic, an inquest has heard.

Coroner of Inquests John Needham concluded the inquiry into the death of 58-year-old Dean Martin from Santon at lunchtime.

He read witness statements from a number of marshals, spectators and medical staff, all of whom witnessed part of the incident or dealt with its aftermath.

Mr Needham recorded a verdict of misadventure, saying Mr Martin would have died instantly when he hit a wall on the left-hand side of the road at Billown Dip, on the Billown Circuit in the south of the Island.

That was after the engine of his two-stroke Yamaha TZ 350 seized, causing his rear wheel to lock up and the bike to skid along the road at high speed and into the wall, throwing Mr Martin from it and further down the road.

The crash happened during a practice session on the evening of Friday, 27 May, just a day before Mr Martin's 59th birthday.

Witnesses described seeing Mr Martin's motorcycle veer left off the racing line once his rear wheel appeared to lock up, prompting some of them to think the engine had seized.

Today’s inquest heard two marshals, who had rushed to tend to Mr Martin, were injured by another rider who had come upon the scene at speed, who seemingly didn't see yellow and red flags.

One of the marshals, Dave Cooper, suffered a head injury and was knocked out, but regained consciousness in the ambulance on the way to hospital.

Visibility at the scene was described by many witnesses as poor, particularly after the fire extinguisher was used on Mr Martin's bike, which had burst into flames following the crash.

Smoke and dust engulfed the scene and there was debris everywhere, with more than one witness describing the aftermath, particularly following the second bike crash, as 'chaotic'.

A Department of Infrastructure vehicle examiner said Mr Martin's machine had suffered a catastrophic engine failure, with a broken conrod damaging other parts of it.

Checks prior to the practice session had found nothing wrong with the bike.

He passed on his condolences to Mr Martin's family - his brother, Tony, and partner of 11 years, Hillary Holdaway, were in attendance.

There were also members of the Southern 100 Club, including Chairman Phil Taubman, present.

Mr Needham said the second collision raised questions about riders ignoring yellow and red flags and fire extinguishers being used before a race or practice session had been halted.