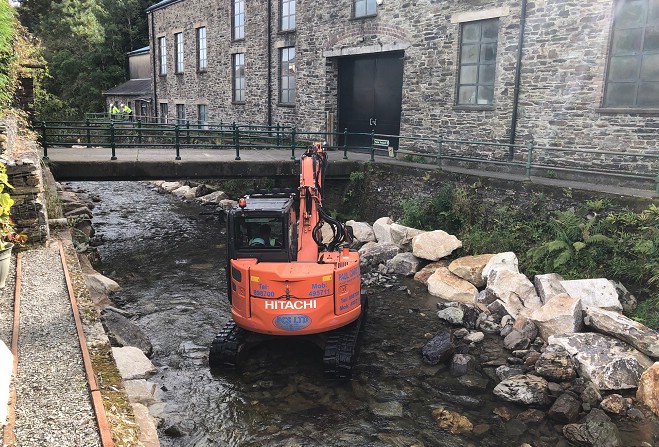 Residents worry MU rock armour will have opposite effect

Concerns have been raised about the placement of large boulders in Laxey river to protect the banks against erosion.

Manx Utilities says the rock armour is industry standard, and is only a temporary measure ahead of winter, with a long-term solution planned for next year.

But those who live by the river fear it will raise the height of the river, and increase the risk of flooding.

They've also complained of a lack of prior notice about the work, which began this week.

With the window for working in rivers to close by the end of September, MU says it was up against a tight deadline, but admits communication could've been better.

A spokesperson said the placement of the rocks will be finished by the weekend, with access gates sealed up again.