Festival of Steam powers on 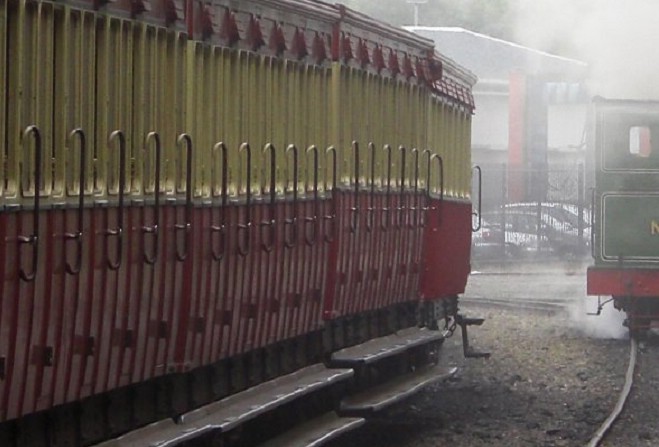 All sorts of sights this weekend

It's already had record numbers of people involved over the last few days, according to organisers, and the Isle of Man Festival of Steam has plenty more to offer yet.

The next four days will see a 'heavy haulage' road train consisting of three Fowler locomotives travel around the Island, carrying the iconic Isle of Man Railways locomotive Fenella on the Great Dorset twin-bogie trailer.

Their journey today will start in Douglas, head up the east coast, then cut inland to end at the Isle of Man Motor Museum in Jurby, to coincide with the end of a four-day tour by a group of steam cars.

There are tougher tests planned for the road train over the following three days.

Friday will see it tackling the Mountain Road from Ramsey back to Douglas, then on Sunday there will be the spectacle of it climbing the Sloc, returning to Douglas from Port Erin, where the vehicles will be on display at the railway station on Saturday.

The journey on Sunday will necessitate road closures while it is taking place.

It's being described by organisers as the 'ultimate highlight' of the entire event.