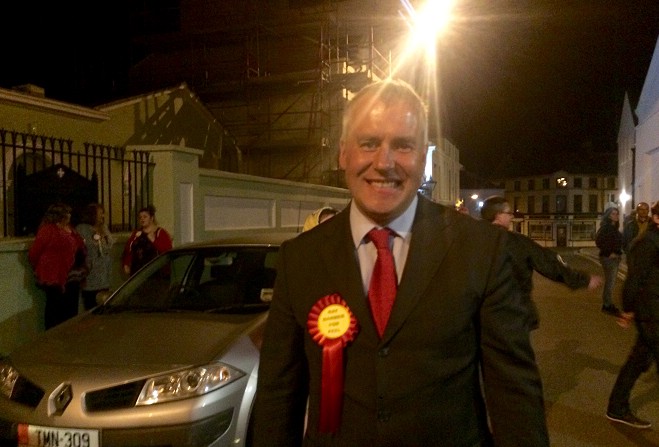 The winners of House of Keys by elections in Peel and Glenfaba are today preparing for life on the national political scene.

Mr Boot marches to the Keys on one of the smallest majorities in Keys election history.

A recount confirmed his tally of 424 votes made him the winner, just three ballot-paper-crosses ahead of his opponent David Talbot.

There was a more comfortable margin for Mr Harmer in Peel.

He triumphed over nearest rival Leslie Hanson, taking the seat with 799 votes, winning by 183.

With a general election on the horizon next year, James Davis asked Mr Harmer what he hoped to achieve in 12 months:

He displayed a placard near a Peel polling station, bearing a message hostile to suggestions the Island could offer sanctuary to Syrian refugees.

But Mr Hanson dismissed criticism of the stunt as a fuss about nothing:

Lib Van's Penny Hardman finished in third place on 325 votes, while David Pownall trailed far behind all the other candidates, polling just 30.

There was an encouraging 56 per cent turnout in Peel.