Four traders want parking back in Castletown square for winter 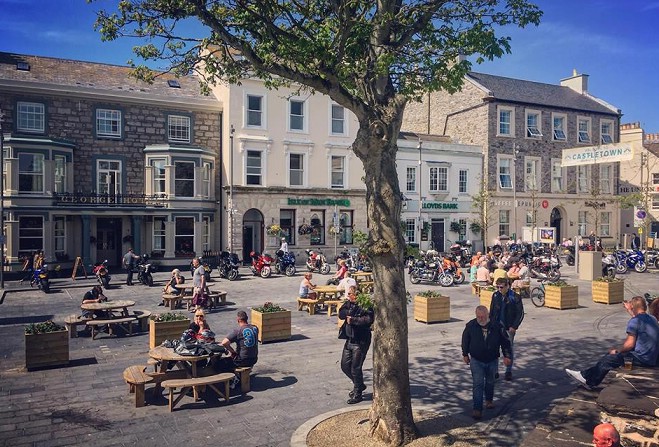 A group of traders in Castletown wants to see all of Market Square open for car parking once again, ahead of the winter months.

It comes after commissioners closed off half of the available spaces this summer, to create a pedestrianised public centre for visitors and locals to enjoy.

The board wanted to shut off all parking in the square, but businesses were concerned about the impact on trade, so a 'halfway' compromise was reached.

The partial closure order will end this September, and four traders have written to the local authority asking for all spaces be reinstated over winter.

All have praised the commissioners for listening to their concerns over a full summer closure, but now want to see parking 'returned to normal'.

In an email to the local authority, the owner of the Italian Kitchen expressed support for the partial closure over the summer;

"We would be more than happy to see this extended over the winter period, but also understand if it is felt more parking is needed too, so we are happy with whatever decision you come to".

Castletown Commissioners hope to reach an agreement with all stakeholders, 'to make clear the arrangements in the historic Market Square in future years'.

This week, the board has reintroduced four spaces by Barclay's Bank, though a decision over the square's eventual fate is expected later this month.

Chris Blacher is the director of JAC Stores, one of the five business which wrote to the commissioners.

Local Democracy Reporter Ewan Gawne asked him how he thought the summer compromise had gone:

A giant deckchair, artificial turf and children's toys were just some of the features which were added to the area in the square.

John Moss went along and spoke to people using it: