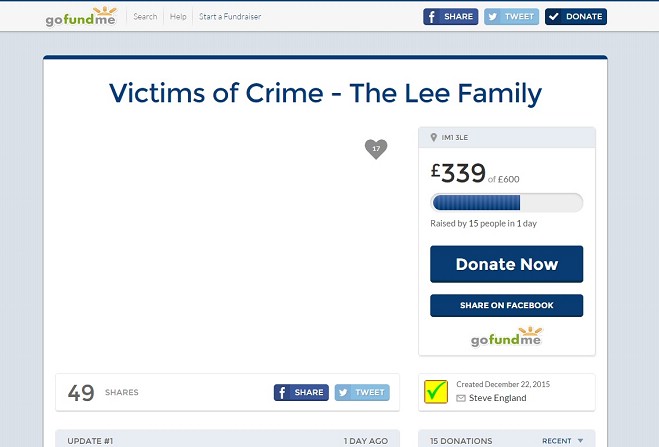 Bighearted Island fundraisers have stepped in to help a family targeted by thieves this Christmas.

The Lee family, Chris, Fi and their four children, live in Tynwald Close in St Johns and were facing a cold festive period after those responsible stole 900 litres of oil from their tank.

But now, local firm Manx Business Reviews is offering a £200 reward for information leading to a conviction.

And it’s also launched an online fundraising campaign to replace the fuel – which has hit half its target in a single day.

The company has launched its fundraising efforts on crowdfunding website Go Fund Me, with a target of £600.

And already, generous Island residents have raised well over £300 of that target, which will be used to replace the stolen fuel.

If more money is raised, it’ll be given to the Manx Breast Cancer Support Group – you can donate online at gofundme.com/voc-lee-iom

If you have any information about the theft, you can contact police on 631212 or call Crimestoppers anonymously on 0800 555111.