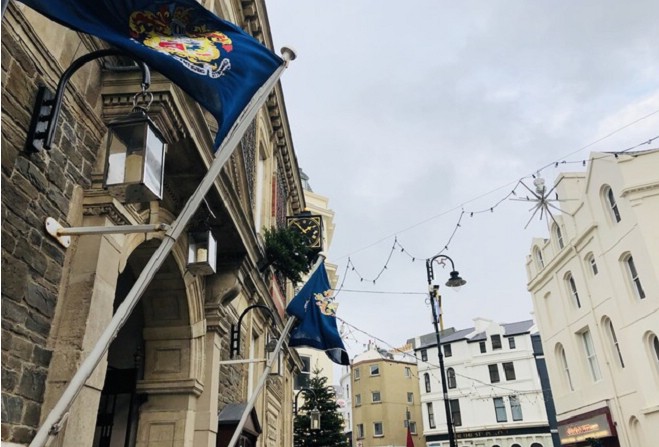 Douglas Council leader unhappy with having to advertise vacancies

Government advice to the Island's local authorities, which asked them to fill their vacant seats, has been branded 'absolutely laughable' in Douglas Council this week.

Leader David Christian said guidance from the Department of Infrastructure to ensure democratic representation was 'nonsense' and 'a complete and utter waste of ratepayer money.'

Following the postponement of the April election because of Covid-19, the DoI has sought to address uncertainty felt by commissioners as to how they go about filling their empty seats.

It comes as a number vacancies across the Island's 21 local authorities came up between November and May, leaving some without full membership.

Infrastructure Minister Tim Baker says the changes to the election date created a 'confused picture' and so guidance needed to be issued:

'It is absolutely laughable that we [Council] have been put in this position' he told members:

Following the resignation of one member, and the death of former Mayor, Debbie Pitts, it now has two vacant seats.

Mr Bentley told the council on Wednesday (12 Aug) that he has 'the capacity to manage the constituency', and that any newly-elected councillors would 'only have enough time to find the light switches.'

Derby ward is one of the areas the council will cut following the local elections in April 2021, as it looks to align itself with the four House of Keys constituencies in the capital.

The council has now advertised the two vacancies, with Mr Christian confirming that an approach for one of the seats has been made in writing.