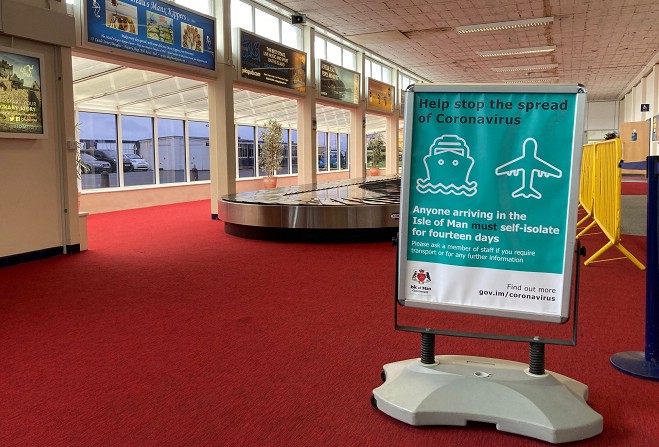 Government has been warned of 'significant risks' with reopening the Island's borders at the end of the month.

The Council of Ministers sought the advice of the newly-formed Emergency Advisory Group, which includes Dr Rachel Glover who established the first on-Island testing centre, on the relaxation of restrictions on 28 June.

In a document published in response to CoMin's request, the groups suggests 'early messaging' to the public regarding the spread of the Delta - or Indian - variant of Covid-19 in the UK.

Meanwhile, a 'minority' of members have called for a move back to Level 3 for a minimum period of a month/ six weeks until the majority of the Island's population has had both jabs of a coronavirus vaccine.

Government's Exit Strategy document, published in March, outlined 28 June as the date for a move to Level 1 of the border plan - allowing unrestricted travel between the Isle of Man and the British Isles.

The group says the rising transmission rate in the UK is an 'early warning', and advises government to reconsider the Exit Plan should hospitalisation rates across continue to increase.

Meanwhile, public views seem to be split over travelling off-Island once the borders reopen.

These people in Douglas told Manx Radio whether or not they would be confident travelling later this month:

You can view the Emergency Advisory Group's full response to the Council of Ministers here.