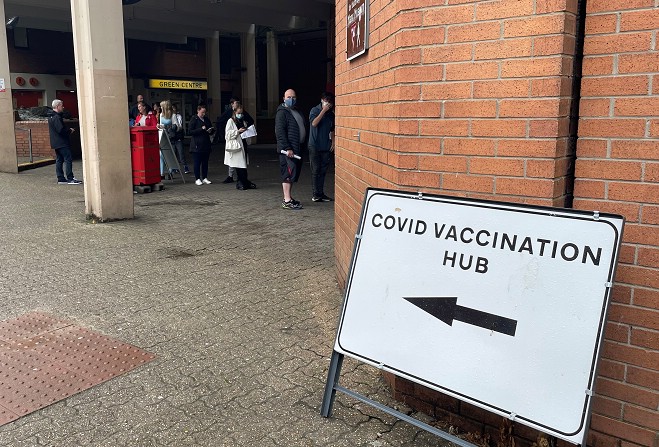 Manx residents with severely weakened immune systems are going to be offered an additional Covid-19 jab.

A third dose will be given to those who are or were immunosuppressed when offered their first or second.

Early data shows some people who are immunosuppressed may not have responded as well to the doses they've received so far, and may be less protected than those without underlying conditions.

Public Health says a third jab has the potential to increase their protection from serious illness.

As advised by the Joint Committee on Vaccination and Immunisation, people in line for a third dose will be offered the Pfizer or Moderna jab, or, for those who had it previously, the option of the Astrazeneca.

While these are classed as 'primary' doses, dates for a general booster programme have yet to be announced.

Director of Public Health Dr Henrietta Ewart said: 'People who have a weakened immune system are understandably concerned about their risk of illness from COVID-19.'

'Though the evidence at an individual level is uncertain, offering the third vaccine dose to this group has the potential to give them added protection from the disease.'

The JCVI are still waiting on one important trial but have decided the arguments for are stronger than those against.

Manx Radio's John Moss spoke with Dr Ewart about why the advice has been issued at this stage:

A spokesperson for the vaccination team added: 'It is important that we give these vulnerable individuals the chance to protect themselves further against the virus.'

'We will be working with both GPs and specialists to identify individuals who are eligible for a third dose. A letter will then be sent confirming they are eligible and invite them to register for the vaccine. This will need to be presented at the vaccination appointment.'

Public Health says this third primary vaccine is an extra dose for those who are thought to not have generated a full immune response to the first two doses.

A list of who is eligible can be found here.

Meanwhile, a potential booster programme will provide a later dose to extend the duration of protection from the primary course of vaccinations.