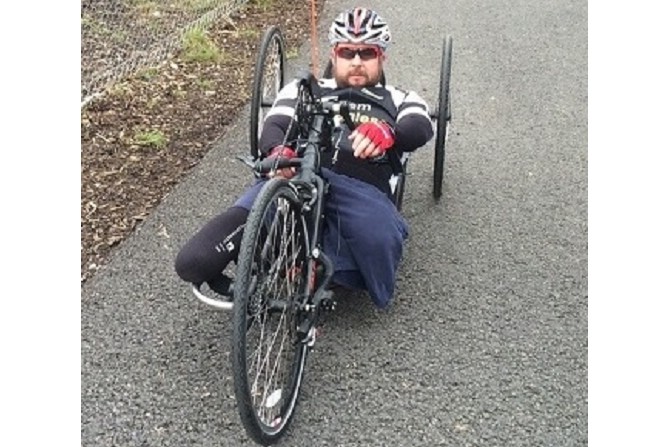 A British Army soldier who lost his legs in Afghanistan is gearing up to embark upon an epic, TT-based challenge.

Stuart Robinson, who's from Morecambe, will attempt a lap of the Mountain Course on a hand cycle next month.

He'll be accompanied by three others on hand cycles, under the name of 'Team Legless', when the challenge takes place on March 26.

'Robbo', as he's known, was inspired to attempt the lap by a friend and former army colleague who knows a thing or two about the Mountain Course.

He'll be cycling alongside Robbo and two others, one of whom is paralysed from the chest down.

Isle of Man police will be escorting Team Legless as they tackle the 37.75-mile route.