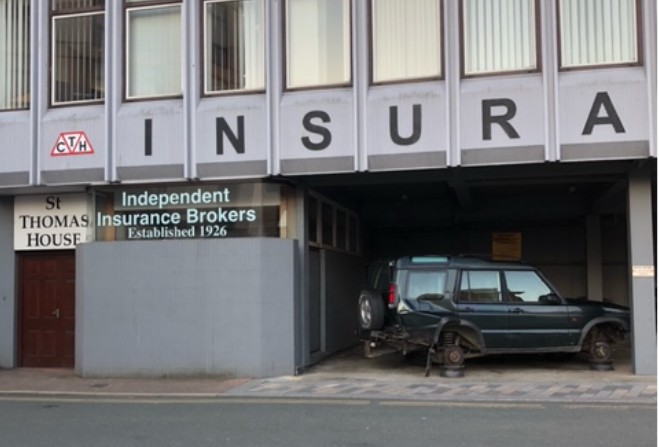 ​A Douglas man, whose parked car was hit by a motorist, is accusing a local insurance company of trying to use a 'medical loophole' to avoid fixing his vehicle.

Antony Aspell's vehicle was parked in Saddlestone on 31 July when it was hit by another vehicle.

He has since tried to seek assistance from the motorist's insurance company but has had no joy:

In a written statement, CTH says it's not an insurance company but an insurance broker and Mr Aspell is not and has never been a customer of CTH.

It added, all claims are handled in accordance with Isle of Man legislation and in compliance with the Insurance Regulations as issued by the Isle of Man Financial Services Authority.

"All the facts of the accident which happened on the 31st July 2022 are being investigated to establish who was legally liable for the accident.

"The individuals involved are advised to make a claim under their own policy whilst investigations are taking place.  Any complaints should be made using the official complaints procedures or advice can be sought from the Isle of Man Financial Services Ombudsman.”