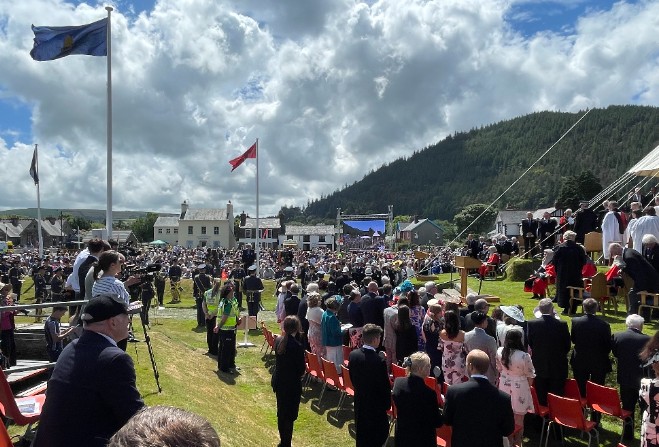 Nineteen laws to be promulgated in St John's

Today (5 July) marks Tynwald Day, the national day of celebration for the Isle of Man.

The focus will be in St John's, where the annual ceremony of promulgating the Acts which have been passed in the year will take place.

Tynwald 2022 will be a first for a number of key personnel taking part; the Lieutenant Governor Sir John Lorimer will preside on the Hill for the first time, and for Laurence Skelly it's a first as President of Tynwald.

As it is too for Alfred Cannan as Chief Minister, and for Jonathan King, who is now Clerk of Tynwald.

Nineteen laws will be promulgated, or read out to the public in Manx and English, two of them the work of an MHK who lost his seat in September last year - Martyn Perkins.

His Private Members Bill started the passages of the Human Tissue and Organ Donation Bill and the Sky Lanterns and Balloons Prohibition Act.

Perhaps the most significant measure of the day is the Climate Change Act - setting a target year of 2050 to significantly reduce the Island's greenhouse gas emissions.

A fly-past by two Texan T-1 RAF Trainer aircraft will precede the governor's inspection of the Royal Navy Guard of Honour.

It's thought there will be at least eight Petitions for Redress delivered to the foot of Tynwald Hill.

You can find all the details regarding road closures for today here.