ITV documentary: "there are bits I still wince at" says prison governor 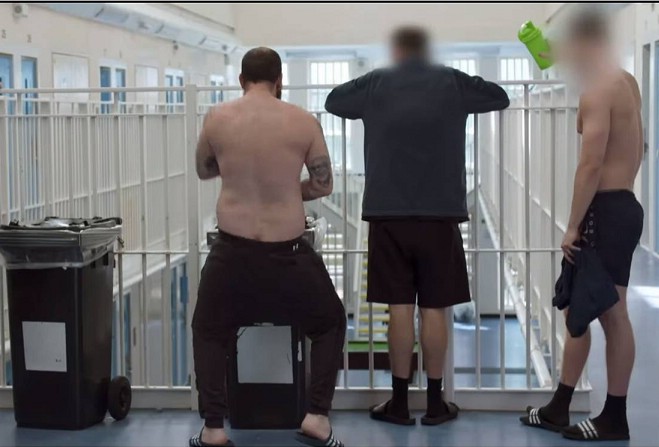 'The Best Little Prison In Britain?' airs Wednesday at 8pm

Allowing a film crew to access all areas of the Island's jail was a risk according to the prison governor, and was met with opposition by his staff.

However, Bob McColm believes a six-part series about life behind bars on the Isle of Man is a fair reflection of its penal system, despite the fact that some parts make him 'wince'.

Set to premiere on ITV1 on Wednesday night, the programme documents a place, in the words of its producers, "where doing time is unlike anywhere else."

A trailer released last week showed one prisoner telling the cameras: "I got nicked for robbing four pork pies," while a staff member remarked "the world's gone soft."

Though the title of 'The Best Little Prison In Britain?' is not for Mr McColm to judge, he told Manx Radio: "that's not my claim, but what I can tell you is, it's a very safe, secure, clean prison."

Over the course of six months last year, Amazing Productions, a company that has produced shows for the BBC as well as Channel 4, spent nearly every day inside the prison.

Despite reports of being close to capacity, it has one of the lowest rates of reoffending in Europe and for Executive Producer Tania Fallon, she wanted to know why that was.

"We felt the prison in the Isle of Man was exceptional."

"It's a prison that felt really like no other because the relationships are so personal between the officers and the prisoners."

"You can see such humanity and pathos and it was something we really wanted to engage with."

It was ample time to identify the characters she wanted to follow, while ensuring 'good stories, true stories, real stories' were told.

However, it was a decision that didn't sit well with the governor's officers.

"There are some staff that were reticent to be involved" says Mr McColm, "which is inevitable, and some offenders too."

"There are some who thought it might make us look unprofessional."

"But I have to say that my relationship with the executive producers and the way that [Tania Fallon's] team conducted themselves was reassuring."

"We allowed the camera crew to have keys, we key trained them and so they could access all areas."

"They did that in a very responsible way."

Since then, the channel's bosses have come under fire for shows such as Jeremy Kyle and Love Island, both of which have lost participants to suicide.

With this in mind, Governor McColm admits the film crew's presence and activity in his jail came with a risk.

"By the very nature of prisons they're quite secretive."

"We have big walls and to get in there is actually quite difficult - I hope it's also really difficult to get out of as well."

"The truth is, of course it's a risk, but then everything you do is balance of benefit and risk and we didn't do it lightly."

Ms Fallon insisted the 'Best Little Prison in Britain?' is not like reality television, calling it "a very different kettle of fish."

Listen below to an extended interview with both the governor and Tania Fallon of Amazing Productions: