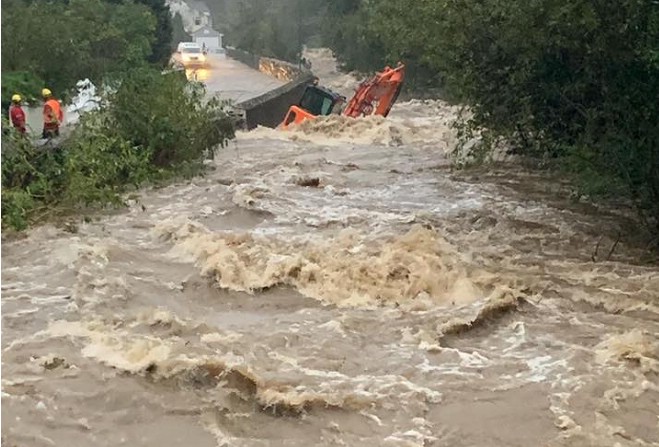 Manx Utilities has commissioned a further study to try and identify flood alleviation options for Laxey.

Plans for the village in the long term have been outlined in two Tynwald questions for written reply.

Coming from one of the area's MHKs, Daphne Caine, they were directed at the infrastructure minister, Ray Harmer, and the chairman of Manx Utilities, Dr Alex Allinson.

One review has been carried out already, which has looked at flood pathways, and mapped the extent of the flooding and the properties affected.

In his response, Dr Allinson says the aim is to report on potential solutions by May next year, although he adds it may be possible to act upon some of the initial findings prior to the completion of the full report.

Both replies also talk of work the DoI and Manx Utilities are doing with the Department of Environment, Food and Agriculture to develop a catchment management plan.

They say this is designed to help reduce the long-term risk of flooding in a changing climate.