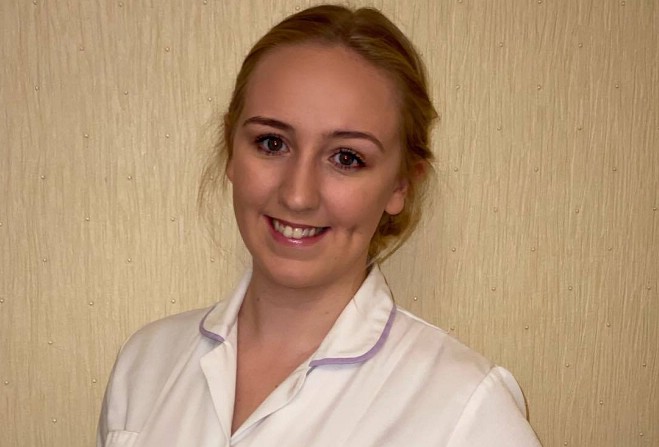 A Manx midwifery student has been recently chosen as a finalist in the UK's Student Midwife of the Year Awards.

Former Castle Rushen High School pupil Maddy Taggart was one of the top five shortlisted by the Royal College of Midwives.

The accolade recognises a student who makes an outstanding contribution to their future profession.

The 22-year-old is currently completing her training to become a midwife at the Royal Surrey NHS Foundation, and also holds the role as Vice President of the Midwifery Society at University of Surrey.

On social media she described it as an “honour to be nominated” and is “excited for what the future will bring.”

Before travelling to university, Maddy spent two years as a midwifery support worker at Noble's hospital, where she plans to return in October as a qualified midwife.

Speaking to Manx Radio's Lewis Foster, Miss Taggart described the moment she was nominated, and what the future holds for her career: