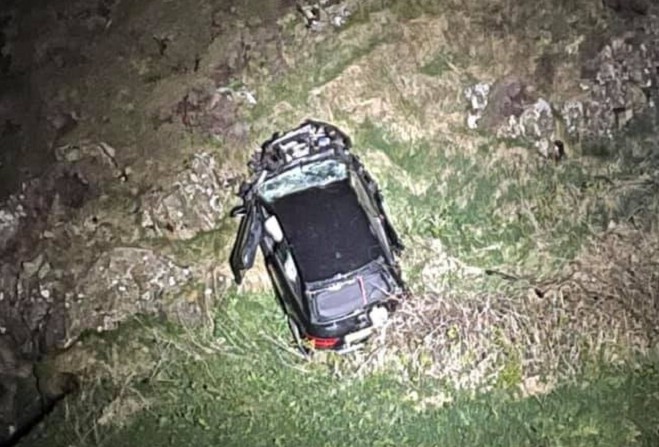 Seventeen-year-old admits driving without due care and attention

A court's heard an R-plate driver, with two friends in his car, plunged over a cliff on Marine Drive – and miraculously nobody was injured.

He admitted a single charge of driving without due care and attention on 2 May.

Prosecution advocate Barry Swain told the hearing Craig had met up with friends, and driven around in his Audi A1, before going to Douglas Head just after 11pm.

As he approached a bend, before the Pigeon Stream car park, Craig clipped a kerb sending his car over the edge and into a ravine.

The court heard emergency services rushed to the scene only to discover all three people in the vehicle had escaped the incident completely unscathed.

When interviewed Craig told officers he'd been doing 30mph – in court magistrates said they had doubts about that statement.

Craig was fined £650, ordered to pay £50 towards prosecution costs and had six penalty points put on his driving licence.

Magistrates also ordered him to keep his R-plates on for another two years.