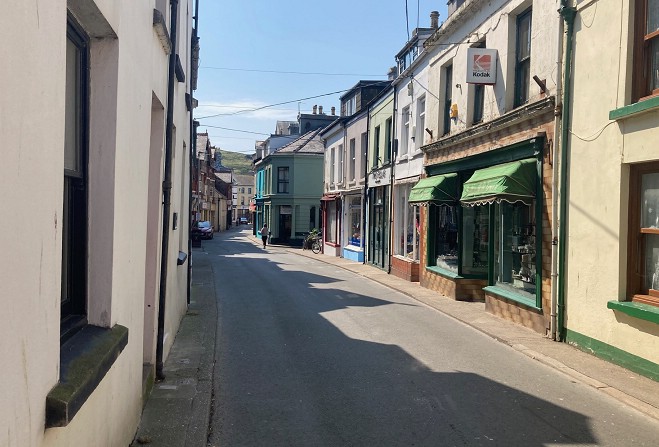 Commissioners in Peel will hold off on a response to plans for the town's main shopping area, after concerns the public haven't been properly consulted.

At the local authority's meeting this month, it was agreed to defer a formal decision on the proposed regeneration of Michael Street for a fortnight.

It comes as the Department of Infrastructure held a public display of the plans at the Town Hall.

The main thoroughfare, which is 'barely adequate' for pedestrians according to the DoI, has 'reached the end of its useful life'.

Local Democracy Reporter Aaron Ibanez spoke to Scott Duncan, a design engineer for the DoI, who explained the thinking behind it:

Commissioner Hazel Hannan says the plans, which were 'imposed on us without consultation', take away from the town's identity.

'The people behind it don't understand how Peel works and it is very concerning.

'The products they're using aren't sympathetic.'

The proposals involve the reconstruction of the street with granite paving, which will relevel the highway and foot ways to the same height made distinguishable by a difference in colour.

Two ‘rain gardens’ will also be installed at Athol Place.

These green spaces are said to help with drainage during heavy rain and provide habitats for wildlife, while movable plantings will be used as bollards to help with the traffic-free periods on the street. 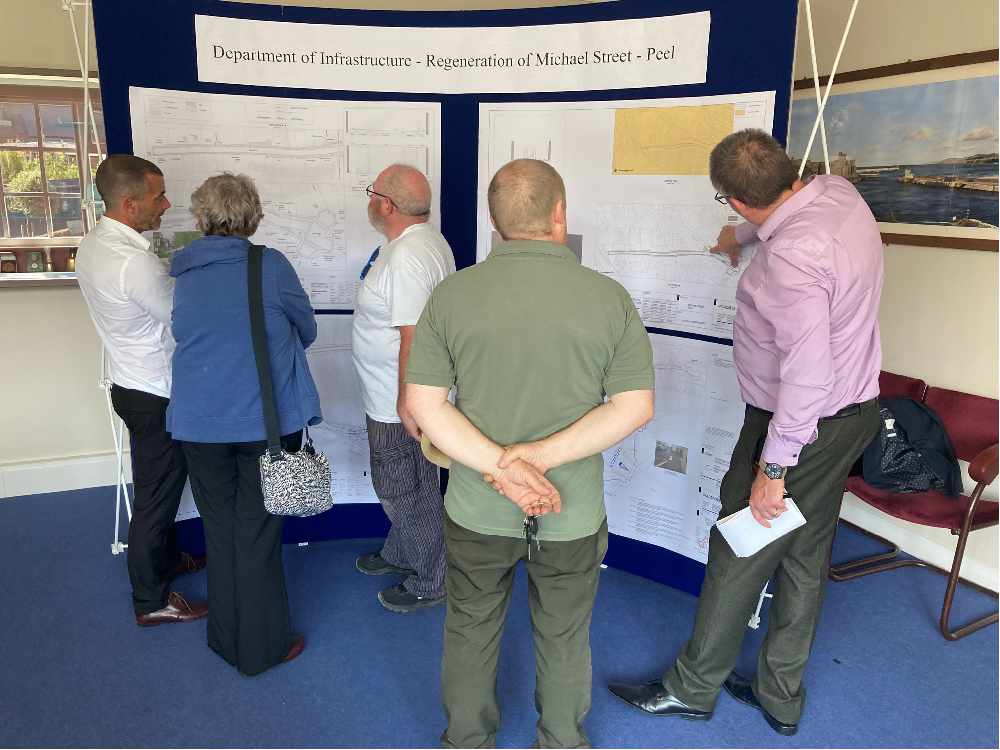 Following the display, commissioners agreed that regeneration was needed, but they were unhappy at the lack of public and shopkeeper engagement.

During the board meeting, commissioner Ian Davison was shown the material by DoI officers.

'That's rubbish. That's not red and it's not representative of Peel' he said, looking at the Chinese granite.

'We're going to get ripped to bits with them. You're going to have to come up with a better colour' adding, 'are we getting the dregs from Ramsey and Douglas?'

Chairman Alan Jones, who is 'broadly in favour' of the proposals, fears if the commissioners delay, funding would be pulled putting the town into a similar situation with sewage treatment works.

'We've got to bite the bullet' he said, 'the danger is that we'll miss an opportunity if we sit here and do nothing.'

Peel and Glenfaba MHK Ray Harmer was there whilst plans were on display.

He believes the regeneration will 'improve a very tired street scape that's broken and failing':

The plans for Michael Street will stay on display in the Town Hall, until the commissioners submit a formal response to the DoI.