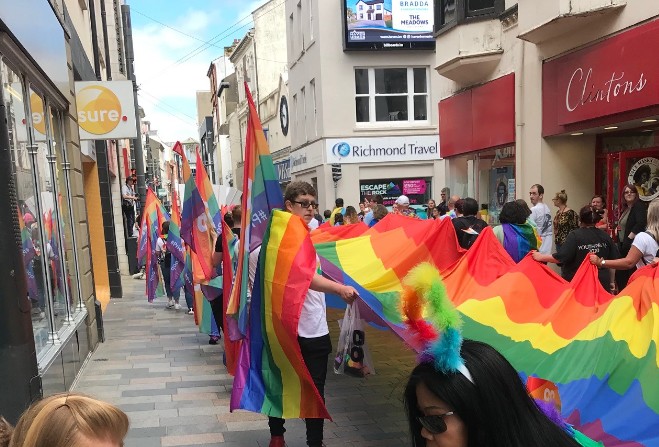 The chief constable says he accepts that not everyone will welcome a letter he’s penned apologising for the ways in which laws criminalising homosexuality were sometimes enforced.

Yesterday Gary Roberts’ document was presented to the Isle of Pride charity – it follows repeated calls for him to apologise, on behalf of the Isle of Man Constabulary, from gay rights campaigners.

Homosexuality was a criminal offence on the Island until 1992 due to legislation passed by Tynwald – that’s despite it being decriminalised in England and Wales in 1967.

A statement from the Manx police force says: “Some people may feel that he has not gone far enough, while others may think he has gone too far.

“However he has sought to find the right balance that reflects the need to try to move forward but whilst acknowledging that generations of police officers believed that they were doing the right thing.”

Mr Roberts say he hopes the letter will be ‘taken in the spirit with which it is meant’.

“I hope that it helps to start a process that, in particular, allows older members of the LGBT+ community to begin to see the Isle of Man Constabulary for what it is: decent, fair and there for everyone – irrespective of their unique, individual needs.” - Chief Constable Gary Roberts

You can find more on this story HERE.