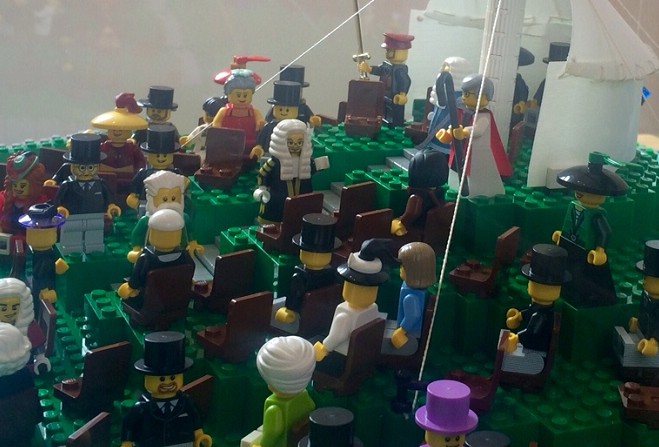 The ancient ceremony of Tynwald Day has been immortalised in a unique way.

A scale model of the grand procession, Tynwald Hill and St John's Chapel has been been put together, made entirely from Lego.

It's the creation of author and artist Warren Elsmore, who's found fame for his intricate models of landmarks using the popular plastic bricks.

The church alone used up more than 4,000 individual pieces, and took over a week to build.

Culture Vannin is housing the set at its new Tynwald exhibition, opposite the fair field in St John's.