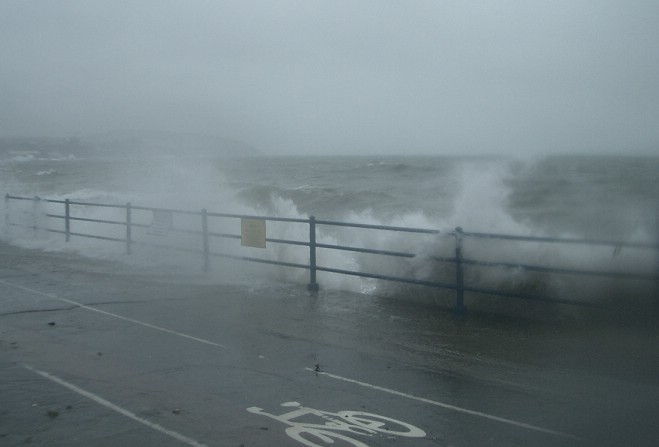 The Island is bracing itself for another battering from the weather.

Heavy rain and strong winds are expected to cause disruption overnight and into tomorrow.

They say there's a significant risk of disruption including damage to property with high winds up to severe gale force and very heavy rain with up to 40mm expected on lower ground, possibly double that and more on high ground.

Areas such as Laxey, Castletown Promenade, the northern end of Douglas prom and Shore Road, Gansey will also see waves and debris coming onto the roadways around high tide  at 2.15am tomorrow morning.

Police say households which have been prone to flooding in the past should consider the use of sandbags, but people should only take as many as needed.  Sandbags can be found at the Ginger Hall, Sulby and all Fire Stations.

Alan Hardinge from the DOI has this advice for those who may require help:

The Manx Utility Authority has checked culverts and drains, the Department of Infrastructure have been placing sandbags in areas around the island and have staff working overnight.

Police are asking the public to keep demand down by keeping calls to services to a minimum .  . . but dangerous or significant issues should be reported.

They also suggest journeys overnight should be kept to a minimum and loose items in gardens, such as bins, barbecues or trampolines, should be secured or moved indoors.