On Air Night Flight | Midnight - 6:00am
The Band - The Weight Download

Motorists told: "Stand up for yourselves!" 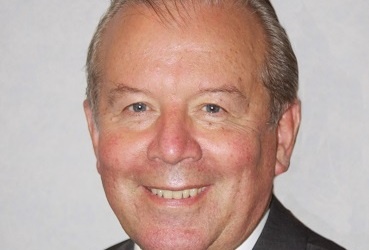 Drivers must use this election to stand up for themselves, according to an outgoing MHK.

Departing Douglas East member Chris Robertshaw has taken aim at what he describes as an 'anti-car' mentality in government.

He's urging motorists to vote for candidates who won't 'beat them up' with policy.

Mr Robertshaw  believes active travel and public transport can be encouraged without inconveniencing others.

Speaking to Local Democracy Reporter Chris Cave, the former policy and reform minister said: "Aren't we moving into an environment where we're actually becoming anti-car, anti-driver? And is that necessarily the right way to go?

"If we really want to encourage active travel and all of that, is the right way [to go] about it to beat drivers up?

A number of candidates who have put themselves forward for September's House of Keys elections are standing on green issues such as addressing climate change.

Chief Minister Howard Quayle declared a so-called 'climate emergency' in May 2019 at an event explaining how government intended to encourage more people to walk and cycle.

Official data shows the Isle of Man contributed a total of 0.84 million tonnes of carbon dioxide equivalent (MtCO2e) in 2017, with transport responsible for 19 per cent of that figure.

The UK as a whole (including Overseas Territories and Crown Dependencies) had total greenhouse gas emissions of 464.5 million tonnes (MtCO2e).

Over the last few months there have been calls to pedestrianise areas in Douglas as well as the DOI seemingly implementing a 20mph speed limit on the town's promenade.

A government report published in March 2019 showed there were just under 250 electric vehicles registered on the Isle of Man, with a target for there to be 10,000 by 2030.

"It's about time drivers started standing up for themselves a little bit and I would like to think that in the next election they do that", he said.

"It's not for them to constantly be put at inconvenience by government simply because it can.

"You need to listen deeper to candidates' arguments rather than them just parroting the current fashion.

"Of course climate change issue matters, of course active travel issue matters, but there is the rest of the world that must continue to exist and to be provided for."