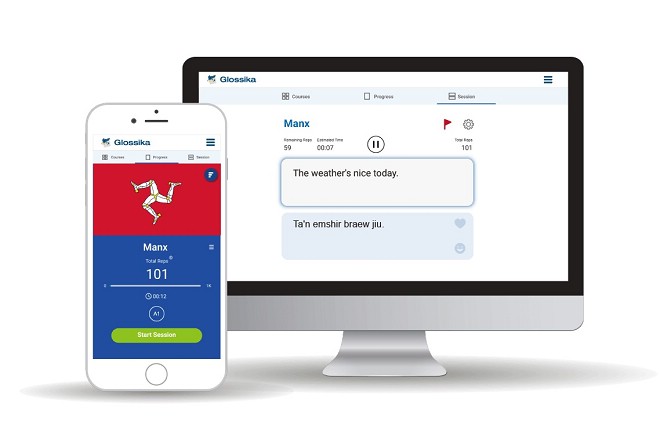 There's a new way of getting to grips with the Manx language - courtesy of a team of linguists based in Taiwan.

Glossika is a free online resource for learners consisting of 3,000 sentences.

The launch of the new course sees Manx Gaelic added to a list of 58 other languages from around the world.

The course can be found at https://ai.glossika.com/language/learn-manx.