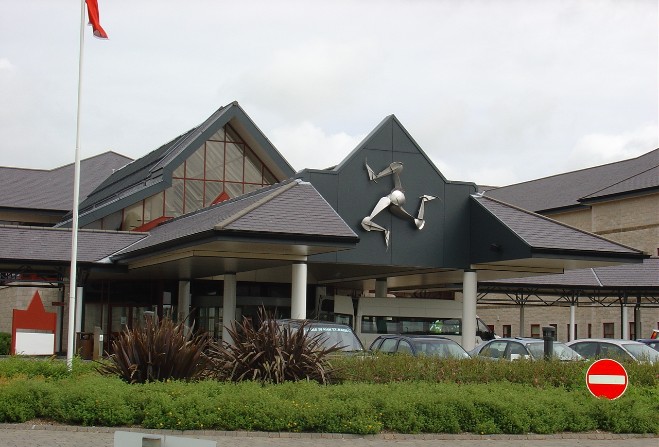 Dr Nasim has been suspended for 12 months for his actions

A locum doctor who used to work at Noble's Hospital has been suspended by the Medical Practitioners Tribunal Service.

Dr Humair Nasim behaved "inappropriately and/or unprofessionally" towards three female colleagues whilst at work with them, on more than one occasion, between August 2018 and November 2019.

The initial concerns were raised with the hospital by way of complaint from Ms A, Ms B, and Ms C - their names have been omitted to ensure their anonymity.

The doctor discussed sexual acts with the women, obtained a personal mobile number from the medical rota system, questioned an LGBT+ colleague's sexuality and lured one of the women to his accommodation where he kissed her uninvited.

It is alleged that Dr Nasim’s conduct was sexually motivated and amounted to sexual harassment pursuant to s.26 of the Equality Act (2010) in that he engaged in unwanted conduct of a sexual nature, which had the purpose or effect of violating the dignity of Ms A, Ms B and Ms C, or creating an intimidating, hostile, degrading, humiliating or offensive environment for them.

With regards to Ms B, an LGBT+ co-worker, it is alleged that on one or more occasions, Dr Nasim asked to take her out on a date asking her "would you ever be with a man again?".

On, or around, 27 November 2019 it's alleged Dr Nasim asked Ms B what she was doing with Ms C the previous day, saying to Ms B "so you weren’t discussing exchanging partners?", or words to that effect.

With regards to Ms C, the Medical Practitioners Tribunal Service report alleges Dr Nasim was more physical in his behaviour.

It states that on one or more occasion he invited Ms C to attend his on-site staff accommodation, during working hours, for ‘teaching’ and said to Ms C "you look like the type of woman I would go for in my day and still would" or words to that effect.

He then leaned towards Ms C and attempted to kiss her on the lips.

He subsequently kissed Ms C on the face, saying "kiss me once and you will see" or words to that effect, before ejaculating.

It is alleged he said "don’t tell anyone, just think about it" as she was leaving and warned her not to report him to other doctors.

As a result of the allegations Dr Nasim has been suspended for 12 months pending review.

The panel stated: "The Tribunal reminded itself of the nature and gravity of the misconduct it had found proved.

"The comments and behaviour of Dr Nasim to his junior colleagues, taken individually and as a whole, amounted to sexual harassment... Dr Nasim had abused his position of trust as a senior professional colleague with all three women and disrespected them in pursuit of sexual gratification.

"Dr Nasim showed a lack of insight into the seriousness of his actions and their adverse consequences."

Dr Humair Nasim qualified as a doctor in 1991 at the University of Punjab in Pakistan.

He was practising as a Locum Associate Specialist in General and Colorectal Surgery at Noble's Hospital at the time of the incidents.

In response to Dr Nasim's suspension a spokesperson for Manx Care said: "These incidents occurred prior to the establishment of Manx Care. The doctor in question was not employed directly by the Department of Health and Social Care (DHSC) at the time these incidents occurred between 2018 and 2019, and was providing locum cover through an agency contract which was terminated once the allegations were made and an internal investigation completed.

"Whilst Manx Care is not in a position to provide specific comment on an individual, the organisation does not condone any form of bullying or harassment in the workplace and will take all necessary steps to investigate complaints that are made, and take action where appropriate.

"Doctors are regulated by strict professional standards set by the GMC (General Medical Council) and Manx Care rigorously adheres to those standards.

"We are continuing to provide support to our colleagues who were subjected to this individual’s unacceptable behaviour."

The full report from the Medical Practitioners Tribunal Service is available to read HERE.