On-demand bus service to launch in the north 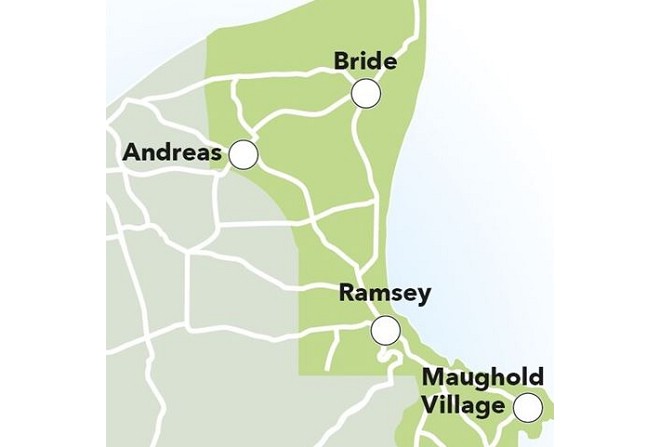 connectVILLAGES minibus will have no set route or timetable

A Government-run on-demand bus service to connect three villages in the north of the Island with Ramsey will be launching next week.

Residents from Andreas, Bride and Maughold will be able to request to be picked up by the connectVILLAGES minibus from Monday 3rd December.

The service will have no set route and run Monday to Saturday from 9am to 7pm. Standard fares will apply. Customers can be collected from home and dropped at any location within the area, or where they can connect with another bus route.

A new bus timetable will be coming in on December 17th, with the demand responsive services replacing most journeys currently operated by the 16, 17, 18 and 19 routes. Peak hour services and school buses won't be changed though.

The Department of Infrastructure will also be extending the connectPORTS service from Monday, allowing residents in the west of the Island to request a bus ride to the airport. Those from Peel, St John's and Baldrine will be able to request transport to Ronaldsway from December 3rd.

Over 500 passengers have used the connectPORTS service since it was introduced last month, and there are plans to expand it to other areas of the Island in the New Year, with the whole Island served by the operation by February.

A series of roadshows will take place to give the public a chance to learn more about connectVILLAGES. They take place at Ramsey Courthouse between 2pm and 4pm on Monday, Wednesday and Saturday next week, and at Maughold Church between 10am and 12pm on Wednesday.