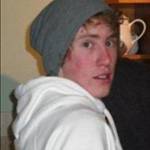 PC Rodney Craig Mills, the policeman who knocked down and killed Manx student Jamie Haslett, has been found not guilty of causing death by careless driving.

He was knocked down by PC Craig Mills as the officer was responding to a call which he thought was an emergency though it emerged in the trial he had an hour to respond to it.

He was heading back to the police station at twice the speed limit without flashing lights or sirens when the accident happened in the early hours of the morning.

Jamie had been out drinking with friends and during the trial PC Mills said he did not expect the teenager to run out in front of him. The patrol car hit Jamie and threw him a considerable distance through the air.

After the accident PC Mills stopped and went to help Jamie but he died at the scene from his injuries.

The jury at Bradford Crown Court took four hours to find the officer not guilty of one count of causing death by careless driving.

The Haslett family were praised for the ‘tremendous dignity’ they had shown throughout the trial.

The Independent Police Complaints Commission (IPCC) independently investigated the incident. It's not yet been decided if PC Mills should be subject to any disciplinary proceedings.