Prom work 'had to be phased to help businesses' says Baker 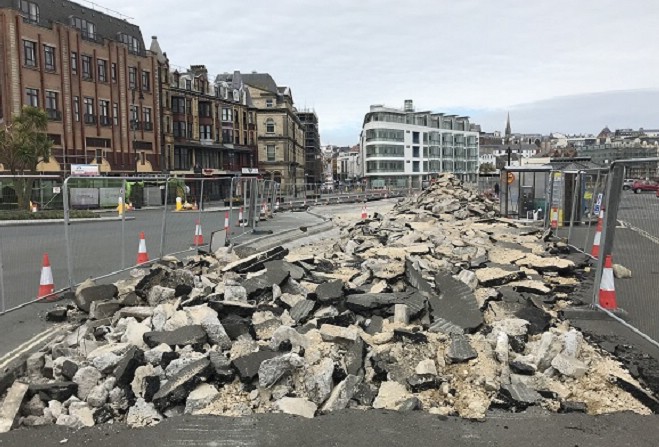 Future of horse tramway length in hands of next Tynwald

Tynwald will once again be asked to approve plans to run the horse tram tracks between Broadway and the Sea Terminal.

The work has now been removed from the main promenade scheme despite previously being planned, budgeted for and approved.

This also include the 'roundels', which will now be finished to a lower quality standard, with a future vote to determine whether the original designs will be installed.

Government will separately tender for these aspects of the project over the summer.

Then both the tramway length and final finish of the roundels will be subject to a Tynwald vote in November, after the September general election.

Infrastructure Minister Tim Baker maintains he's 'personally committed' to see the work carried out, but not as part of the 'main scheme'.

He said the project needed to be phased after feedback from businesses on Douglas promenade, and DOI had to make 'hard choices' to avoid disruption this summer season.

Mr Baker spoke about the issue to Ewan Gawne: