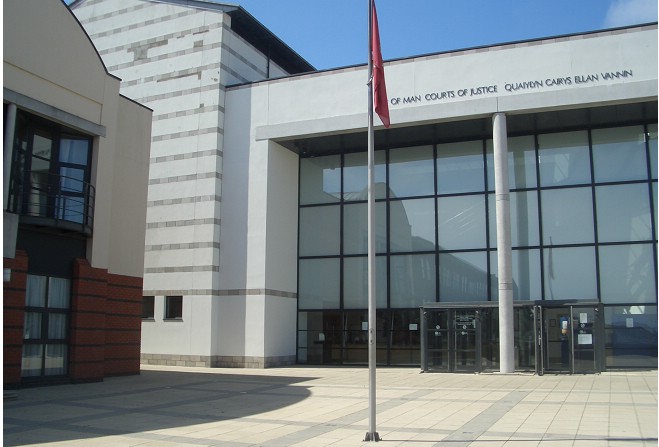 Five people, including a prison officer, have appeared in court charged with conspiring to smuggle a mobile phone to an alleged drug dealer from Liverpool.

All are accused of being involved in a plot to smuggle a mobile phone into the Isle of Man prison.

The five appeared beside each other in the dock this morning: 29-year-old Katie Michelle Smith of Sumark Avenue in Douglas; 32-year-old Jamie Smith, whose address was given as the Isle of Man prison; 35-year-old Francis Richard Dunne of Burlington Street in Vauxhall on Merseyside; 33-year-old Daniella Louise Steventon of Tynwald Terrace in Douglas; and 29-year-old prison officer Robert Lee Sewell of Lhoobs Road in Eairy.

Mr and Miss Smith, Mr Dunne and Miss Steventon all deny conspiring to introduce a prohibited item into the jail.

Francis Dunne also denies causing another to introduce the list B article into the prison, and Mr and Miss Smith deny entering into an arrangement to transfer criminal proceeds – in this case £1,500 in cash.

Mr Sewell entered no plea to charges of conspiracy and giving Mr Dunne the phone in his cell.

Today’s hearing was before High Bailiff Jayne Hughes, who had to decide whether her sentencing powers would be sufficient to deal with the defendants if they were to be convicted, so prosecution advocate Rebecca Cubbon was asked to outline the Crown’s case.

She claimed between 3 and 14 August Miss Steventon and Mr and Miss Smith called each other to talk about moving £1,500 in cash, when Miss Smith was told to pretend it was from her benefits.

On 13 August, mobile phone detectors at the prison picked up a phone signal from A-wing.

Staff conducted a search, but didn’t find anything.

However, they then used a highly-sensitive metal detector which can find mobile phones designed to evade detection – and are then said to have found Mr Dunne was hiding it internally.

Mrs Hughes said the case was too serious for her to hear – she can only jail people for a maximum of twelve months.

But she said because all five defendants have been charged over the same incident, their cases should all be heard together at the Court of General Gaol Delivery.

She bailed Miss Smith, Mr Sewell and Miss Steventon to appear for committal proceedings on 10 October.

But because Francis Dunne and Jamie Smith are currently on remand, they have to appear in court every four weeks and so will appear again on 1 October via a live video link from Jurby jail.