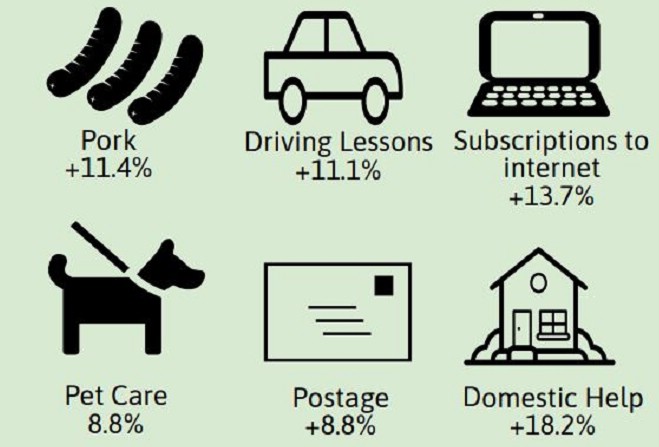 There's been a 0.4 per cent rise in inflation over the last month, according to the latest government figures.

In a category breakdown of the consumer prices index for the last year however, there's been a significant jump of 18.2 per cent in 'domestic help', and a rise of 13.7 per cent in internet subscriptions.

Overall it's recreation and culture that's made the biggest contribution to the increase, causing a point seven per cent rise compared to the same time last year.

Alcoholic drinks, tobacco, furniture and household equipment all come in as the second biggest contributors, leading to a point two per cent increase.

Decreases for the last twelve months however, see a hefty 31.9 per cent drop in oils and other fuels, and 15.5 per cent in petrol and oil.