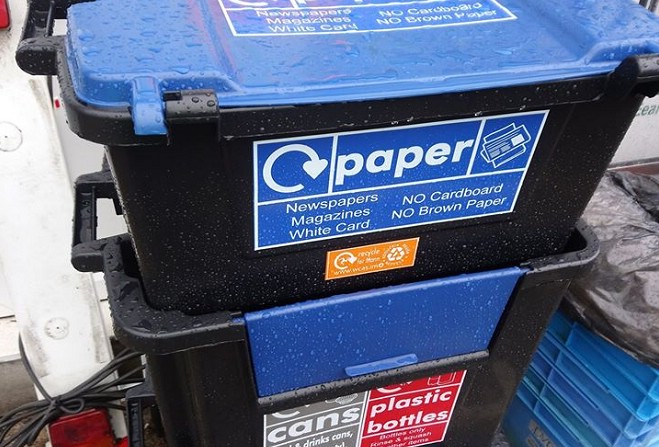 'Putting the wrong items in the wrong bins is a problem'

Putting the wrong items in recycling bins is a 'massive issue' which costs ratepayers money, says the manager of the Western Civic Amenity site.

Contamination is when non-recyclable items are mixed in with recyclable items, which, according to Mike Rose, affects the sale price of the material.

It was one of the issues raised at a presentation in Douglas last night on how local authorities, which pay for waste management, can encourage more people to recycle.

Waste collection, management and disposal is the biggest rate-born cost for local authorities, as seen in the wave of rises which were announced in January.

Manx people can only access kerbside recycling if they live in Douglas and Braddan, where a fortnightly collection service is offered.

Similar schemes used to exist in Malew and Port St Mary, but were dropped due to the cost.

There are four civic amenity sites on the Island, which are managed by either a shared committee or board made up of commissioners from different authorities.

These facilities help people dispose of bulky household waste, but also a range of recycling options.

Glass recycling is taken to Corletts in St Johns, where it's transformed into an eco-sand, whilst other material is exported to the UK.

When it comes to burnable domestic waste, there are seventeen different authorities which manage how your rubbish goes from your front door to the Energy From Waste Plant.

The non-burnable material is placed in landfill at Wrights Pit.

Tynwald approved a waste strategy in 2018, which outlines government and the Department of Infrastructure's (DOI) policies in this area.

Part of the strategy was to publish an annual 'statement of need', the first of which was expected by the end of 2019, but it has not yet been published.

The DOI, which provides 'bring bank' facilities across the Island, committed to work with local authorities to promote recycling and explore shared facilities and schemes.