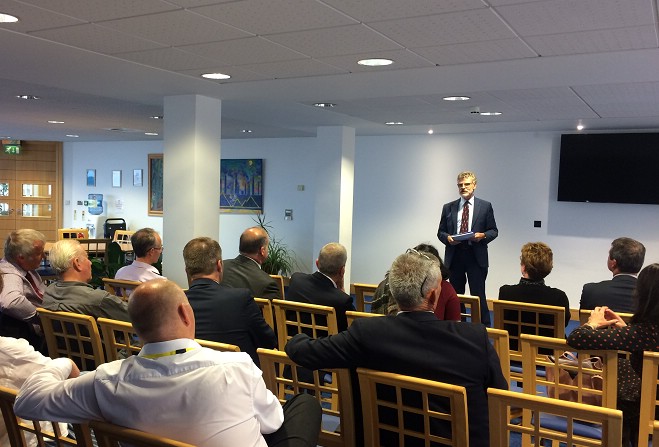 One of the politicians who forms part of Tynwald's climate emergency team, says she is 'hugely optimistic' its newly-appointed leader will deliver 'real and meaningful change'.

Last week, Professor James Curran was announced by government as the independent expert to devise the action plan which must go before the court in January.

MLC Jane Poole-Wilson, who was involved in the interviewing process, believes Professor Curran's 'fresh pair of eyes' is what the Island needs in addressing the climate issue.

The work of the transformation team is expected to cut across the whole of the public service, with a number of representatives from government departments involved.

"The output is very much in line with the Tynwald motion" Mrs Poole-Wilson told Manx Radio, "we want an action plan that should set out some ambitious target options but also it should have some interim targets and assessment of those different options.

The resulting action plan will inform the eventual Climate Change Bill, which is set to go before Tynwald in December.

Meanwhile, the group credited with 'pushing and cajoling' government on this issue has welcomed the news of Professor Curran's appointment.

It has, however, requested to see the terms of reference for both the chair and transformation team 'as soon as possible'.

The Isle of Man Climate Change Coalition says a renewed 'holistic approach' should focus on the most vulnerable and economically disadvantaged in the Manx community.

It hopes the Climate Emergency Consultative Transformation Team and its 'fresh expertise' can galvanise action.

In last week's announcement, Professor Curran said there are 'opportunities to tackle both simultaneously and deliver co-benefits to society, environment and the economy.'

The CECTT will meet with stakeholders before putting the action plan being to Tynwald in six months' time.

I'm really delighted to be appointed independent chair of the Isle of Man Climate Emergency Consultative Transformation Team. Quite a challenge ! But great people and great opportunities. Very much looking forward to the next 6 months ...https://t.co/Htj4WH1E3V