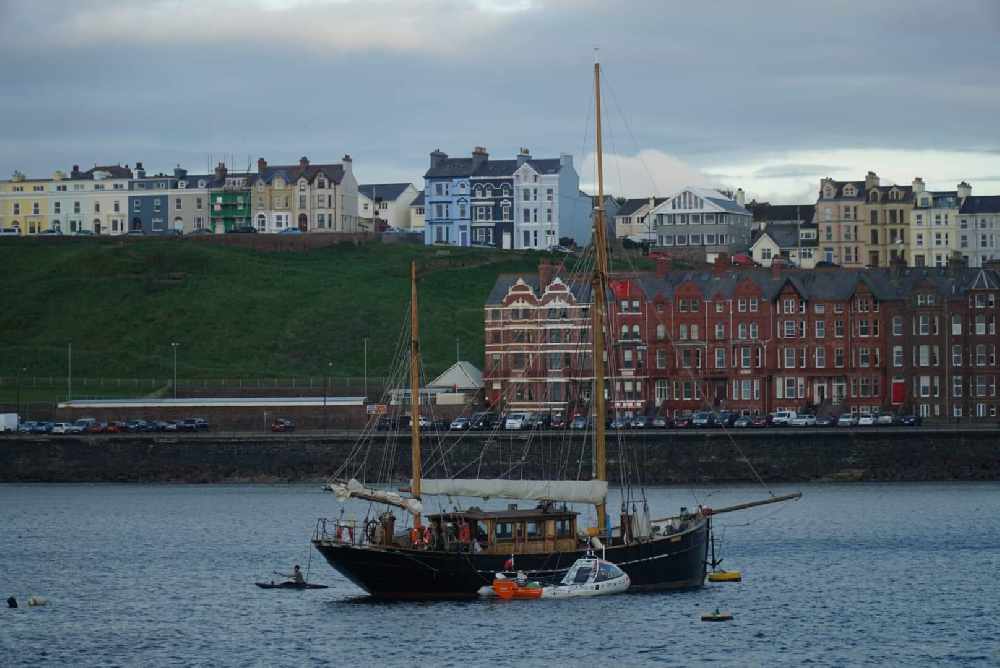 They're moored in Peel Bay until weather improves

Two rowers are aiming to accomplish what's believed to be a world first in rowing to the four highest peaks in the UK.

Katherine Wilkins and Martin Johnson, also known as 'Team No Retreat' are looking to row to and climb Snowdon in Wales, Scafell Pike in England, Slieve Donard in Northern Ireland and then Ben Nevis in Scotland.

After completing the first two, the duo are currently sheltering in Peel Bay before heading to Northern Ireland for the next stage as they wait for weather to improve.

Meanwhile, Manxman, Jon Pooley, who's part of their support team, helped organise a drop off of Manx Knobs and Manx Kippers last night to keep them fuelled.

Katherine and Martin are doing the challenge in support of mental health charity, Mind - they've currently raised nearly £6,000 of their £10,000 target.

They're hoping to complete the challenge this month.

Whilst the team aren't allowed ashore due to Covid-19 restrictions, Katherine says they've received 'amazing' support from Manx residents from a distance: