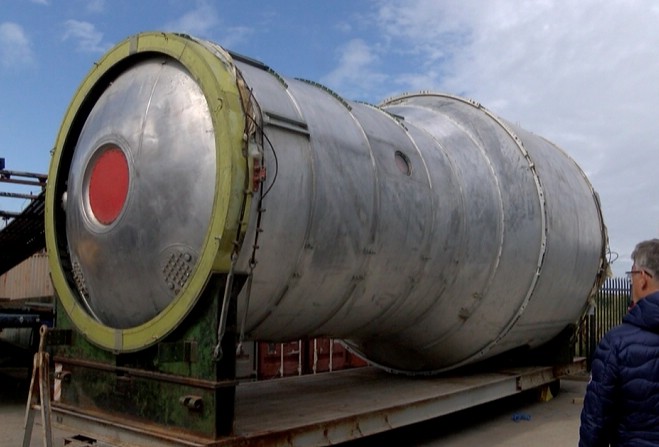 A Russian space craft undertook one of its final voyages this morning - from one end of the Isle of Man to the other.

The craft, Almaz-206,  has been transported to the Jurby motor museum.

Designed to take three people into space, it was involved in a number of launches as part of the Russian space programme up until the early 90s.

It's now owned by Manx company Excalibur Almaz, where its been in storage since its last trips were cancelled almost 30 years ago.

Now, with hopes it will inspire more people about the wonders of space and science, it's moved to its new home in Jurby to go on display.

Getting it there however proved particularly challenging, with police escorting the abnormal load from the Balthane Industrial Estate from 9:30 this morning.

A mission you could say was tricky enough without the loading truck breaking down along the way...which it did...at Ballacraine.

However, whilst adding a few extra miles to it's million-mile clock, it eventually reached its final destination this afternoon.